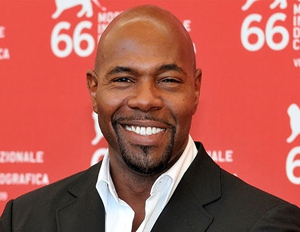 You might know him as the man behind hit films including Training Day or half of a Hollywood power couple (His wife is actress Lela Rochon). And now he’s back at it with a new film set on the White House lawn. Olympus Has Fallen, which opens in theaters today and stars Gerard Butler , Aaron Eckhart, Morgan Freeman and Angela Bassett, is a film that will have you believing in box office thrillers again and has the signature grit and in-your-face truth Fuqua is known for.

BlackEnterprise.com caught up with the director to talk Hollywood boss moves and how other filmmakers on the come up can tell their own unique stories.

White House dramas and thrillers have become popular among audiences. Why do you think people are so into these types of plots now more than ever?

I think the public might be more into these types of plots because the White House is more in our subculture now. President Obama [has influenced the interest] for sure and the African American presence in the White House really shines a bright light on it. I think it’s more in your conscious than it may have been in the past.

What was the most fulfilling and fun part about working on this movie?

The most fulfilling was the accomplishment because this was a big [project] to take on in a short period of time. The most satisfying part is the fact that you can say you enjoyed it, that you had a lot of fun. You really make these kinds of movies for the audience. You want them to have a good time and really get the most for their dollar.

You transitioned from music videos to Hollywood. What was the key factor in succeeding to do so?

I think the key factor is making a decision that I didn’t just want to do music videos. When I stopped doing videos, I began to do commercials. I was trying to do things that had more of an international appear and would get more attention from a broader audience. Then I decided I’d do more writing and work on a short film. I realized that no one’s going to give you a chance to direct unless you write and direct something, which led to a short film I did (Exit) which got me going.

What would advice would you give your 21-year-old self in reference to making career boss moves? Try to find your true passion … what genre really grabs you. Figure out what about life interests you the most and understand why. … Try to find that thing, grab it, and move in that direction.

What would you tell any filmmaker on the come-up if they were to ask you about the keys to success in Hollywood?