As previously reported, the founder of an Illinois-based medical supply company said he tried to sell more than 1 million pieces of PPE to the state but was rebuffed.

According to The Grio, Dr. Willie Wilson, founder and CEO of Illinois-based Omar Medical Supplies, tried to reach a deal to sell PPE to the state but was denied by Illinois Gov. J.B. Pritzker and the Chicago Mayor Lori Lightfoot.

Instead, Gov. Pritzker paid nearly $1.8 million to retrieve PPE from China for the state in addition to paying about $17 million on PPE itself.

Wilson, who is also running for a senate seat in the state, said he hit roadblocks when trying to set up a deal with the politicians. However, Gov. Pritzker blamed the situation on Wilson.

According to Wilson, he expressed his desire to help and his staff explained the process of purchasing PPE  to Gov. Pritzker’s office. If the order from the state was a one-time order, all Wilson’s company would need was one purchase order.

Wilson added if the state needed more than one PPE order, Omar Medical Supplies would need an open purchase order to secure additional PPE for several months. If not, the company would run the risk of not being able to secure the PPE.

“I believe it was a misunderstanding in how business is transacted in China at this critical time,” Wilson said. “As for pricing, we are very clear on pricing per order. However, the price could fluctuate over time due to the emergency nature of the pandemic and availability of materials to make (the) product.”

“That you would misrepresent my statements to you on this issue so blatantly and dishonestly is not only disturbing, it is, in light of our current public health crisis, profoundly disheartening,” Wilson wrote in a letter to Mayor Lightfoot.

According to the Illinois State Comptroller, the state spent nearly $180 million on COVID-19-related purchases, including ventilators and PPE, through April 21.

Face masks are paramount to keeping the coronavirus at bay. According to researchers, the virus lingers in the air of crowded spaces. Additionally, the virus has significantly affected African Americans. 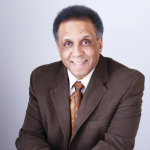 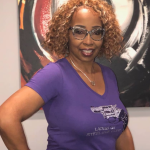 This Entrepreneur Wants To Educate Black Women About Firearm Safety