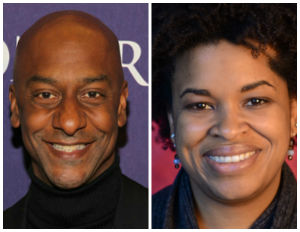 In this position, Hill will lead the Original Programming, Music Programming and Specials, and the BET News team responsible for creating and developing content across the network.

“I have worked with Stephen for over 15 years, and his passion for the BET brand has been apparent from the very beginning,” said Debra L. Lee, Chairman and CEO of BET Networks. “He has grown our music shows and specials into iconic and highly-rate programs beloved by our audience.”

Prior to his recent promotion, Hill served as President of Music Programming and Specials, where he was responsible for the networks music shows including the BET Awards, BET Honors, Black Girls Rock, The Hip Hop Awards and Celebration of Gospel.Â  He also worked as a member of the team that successfully launched the network’s popular show Real Husbands of Hollywood starring Kevin Hart, Boris Kodjoe, Nick Cannon and several other prominent celebrities.

Aside from Hill’s promotion at BET, one of the nation’s leading African American owned advertising agencies, Sanders/Wingo, has just announced Leslie Wingo as President/CEO.

Joining the agency in 1995, and being named partner in 2001, Wingo has worked on numerous accounts over the years including Burger King, US Postal Service and State Farm.

“Today’s announcement formalizes a leadership structure that has been in place for two years now,” said chairman of the board Bob Wingo. “Needless to say, I am proud of Leslie’s accomplishments and excited about Sanders/Wingo’s future.”

Leslie Wingo will step into her new role effective January 1, 2015.