On the Road With 'Shark Tank' 2017: Meet the Founder and CEO of Legal Equalizer 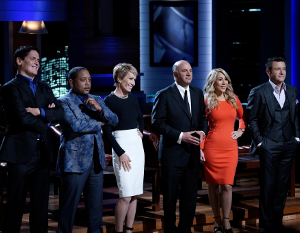 Values Partnerships leads a nationwide casting tour for ABC’s Shark TankÂ that is focused on bringing more diverse ideas and voices to the show. In 2017, we’re hosting casting calls across the country, giving diverse entrepreneurs the opportunity to pitch their businesses on the ninth season of Shark Tank.

We also provide pitch prep, entrepreneurship resources, and access to capital discussions to entrepreneurs around the country, with the goal of every entrepreneur leaving our events better than they were when they arrived. At each stop, Brandon Andrews sits down for a Q&A with entrepreneurs from the casting calls and the organizations that support them. 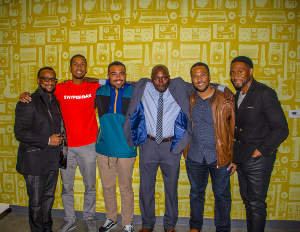 Andrews: What’s the story of Legal Equalizer? What drove you to start the business?Â

Njie: I first started thinking about an app that could record interactions with police officers around the time of the Michael Brown shooting and the aftermath of that case. My idea was solidified in December of 2014, when I was pulled over three times in a two-week span by my local police department. I was given one ticket, which was eventually thrown out.

The final straw was my last stop, in which the officer told me I had a warrant for my arrest, and he wanted to investigate. Because he claimed that he did not feel safe, he decided to put me in handcuffs in the back of his police car for 30 minutes. After 30 minutes, he told me that I had an invalid warrant and was free to go. I had already been pulled over twice by officers from the same department, and neither one of them mentioned a warrant for my arrest, so his reasoning was suspicious.Â  My mother and I made a complaint to the police department. Also, two officers in internal affairs told us that profiling was legal, because officers had discretion under the law–and that we should do something about it.

Andrews:Â How does Legal Equalizer work? Walk us through the process. 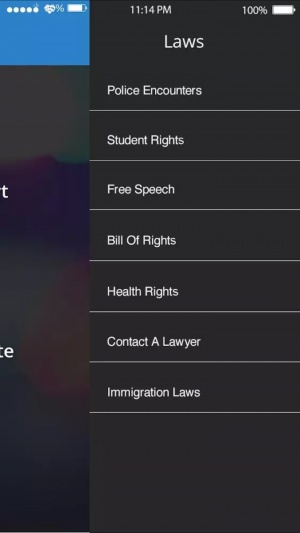 Njie: Currently, the app performs three functions when you open it up. The first thing that we wanted to do was make sure that we provided people with their basic rights and laws. The app contains your Bill of Rights, Immigration Law, and the proper course of action to take when you see a police officer.

The app also has an S.O.S button that, when you press it, sends a text message to three people that you pick ahead of time. [The S.O.S button] lets these people know that you have been stopped by a police officer, and it gives them your location.

The third thing the app does is that it allows you to record your interactions. We back-up those recordings and save them on the app, as well. This allows you to replay the video, or send it to loved ones.

We are currently the only app that performs all three functions, but we are looking to differentiate ourselves even more. We would like to add a livestream feature; an OCR ticket reader that could also remind users of their court dates; Â and a section in which users can review their prosecutors and judges.Â  Once this is completed, we would be the only product that addresses all three sections of the justice system.

Andrews: What makes your product unique?

Njie:Â There is no other product that is going to be able to record your encounters with police; let your loved ones know your locations; let you know your rights; remind you of your court date or when your ticket is due; and allow you to critique your prosecutors and judges. By holding everybody accountable, we can have a more transparent and trustworthy justice system.

Andrews: You pitched at our Austin/SXSW casting call–how was the experience? What does the opportunity to be on Shark Tank mean to you?

Njie:Â The Shark Tank casting call at SXSW was a wonderful experience. I appreciated the fact that there was enough time to explain our business plan and our vision going forward. I truly appreciated the questions that were asked from the producer/judge, Â because they were some that I was not ready for and really had to think about.

Andrews: How do you plan to grow Legal Equalizer in 2017 and beyond? What resources do entrepreneurs like you need?

Njie:Â Our plan for Legal Equalizer in 2017 is to improve our technology to where we have our livestream function, OCR ticket reader, and reminder [features] working, and our section for the courtroom. We plan to have advertising revenue coming in from at least 20 attorneys, if not more, by the end of the year, as well.

The plan for moving forward would be to expand the app, so that it becomes the legal app of choice, able to handle multiple legal situations, and connect individuals with attorneys in their country.Â  I would like to eventually expand our reach internationally, as well as develop some software and hardware that would attach to the app.

Entrepreneurs like us need a few resources, with money or funding being the main issue.Â  Another resource that we could use is mentoring on [conducting] business and growing a company. Something that would be useful would be a list of go-to [mentoring] resources for minority entrepreneurs, to help them get started. Also, maybe this list could be broken down based on what stage of business [advising mentors or entrepreneurial peers] are in, too.

Â Brandon Andrews is a senior consultant at Values Partnerships. View his commentary on business and politics at www.brandonandrews.me.