Once Homeless and Incarcerated, Here's How Food Turned this Entrepreneur's Life Around 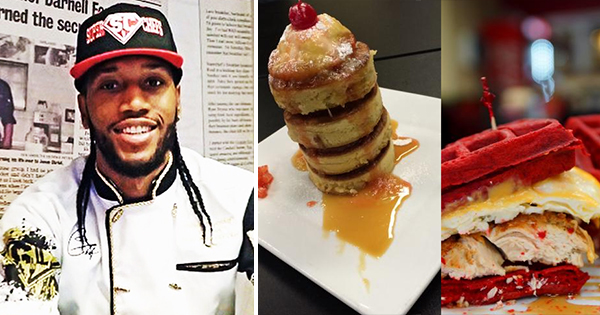 Founder and owner of SuperChef’s Restaurant, Darnell Ferguson, always knew what he wanted to do as a career and passion while going to vocational school. It was through Ferguson’s joy of cooking as well as the inspiration that grew in him from watching TV shows including Celebrity Chef and Emeril when he realized that he wanted to own his own restaurant. Although owning his own restaurant was a dream that eventually came true, his journey to get there was incredibly difficult.

Ferguson began his journey by studying culinary arts at Sullivan University in Kentucky. He was also one of two black students “who were chosen out of thousands to be a part of the 2008 Olympic Team in Beijing, China,” according to BlackBusiness.com. However, Ferguson found himself struggling to make a living out of his passion and decided to sell drugs in order to make money.

Not only was he arrested eight times, but he also ended up losing everything, including his home. When he was released from prison, he realized he needed a change. Although Ferguson was able to work at restaurants, his consistent conflict would get him fired, causing him to become unemployed.

When Ferguson began attending church, he realized that he had to make a change. He decided to ask his friend to lease a space in his restaurant where he would serve breakfast. Pretty soon, other restaurant owners were requesting him to open pop-ups at their places.

Finally, in 2015, Ferguson opened his very own restaurant in Louisville, Kentucky, called SuperChef’s Breakfast & More. Although the restaurant ended up burning down, Ferguson was able to open three more restaurants in Ohio and Kentucky.