One Hundred Black Men of New York Golf for Greatness 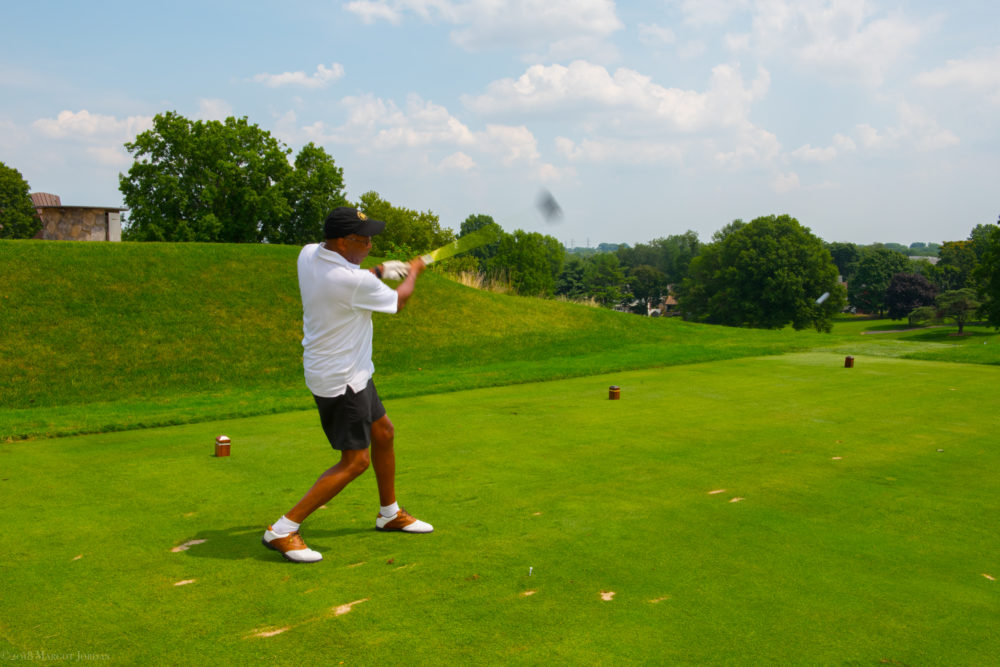 Last week, members and friends of One Hundred Black Men, Inc. gathered at the Forest Hill Field Club for the 11th Annual Dr. Roscoe C. Brown Golf Classic hosted by the New York chapter of the organization. Every year, the organization hosts the golf classic as a fundraiser in the name of Tuskegee Airmen, civil rights advocate and educator Dr. Roscoe C. Brown who also served as the fourth president of One Hundred Black Men. His legacy, coupled with his commitment to excellence all around the world and locally in New York, has been the driving force behind the annual event to support black men.

Michael J. Garner, president of One Hundred Black Men Inc. of New York, expressed the significance of the event to the organization in its 11th-year celebration.

“The Founding Chapter of the One Black Hundred Men is focused on providing academic mentoring and financial support to young black men within New York City. In addition, guiding these college graduates to successful careers in business, government, and corporate America,” said Garner.

This year’s classic served as a fundraiser for the organization’s college scholarship fund, youth development program, business entrepreneurship training, and mentoring efforts. Throughout the course of the day, attendees were able to enjoy quality time on the links, indulge in messages, and learn about self-care during health and wellness workshops.

Tevin Skeete, who attends SUNY New Paltz University and is majoring in computer engineering, has been involved with the organization for the last four years as a scholarship recipient says that the erudition has helped him fulfill his financial obligations academically.

“The scholarship has helped me to pay for the books I needed for my classes and it solidified my full ride with covering the remaining expenses from my college bill,” said Skeete.

Skeete is one of the many young men impacted by the work of the brotherhood.

Later that evening, the organization recognized four leaders across industries: Collette V. Smith, who is the first African American woman to serve as a coach for the NFL and the first female coach for the New York Jets, received the trailblazer award; Gerrard P. Bushell, President & CEO of DASNY (Dormitory Authority State of New York) was recognized for his work in economic development; Dwayne D. Warren, Mayor of Orange, New Jersey, was given the leadership award; and Malik Yoba, actor and activist, received their image award.

Each of the honorees is known for making a difference in their respective communities. But for Yoba who has worked with the organization in different capacities over the past 20 years, it was the manifestation of his “heart work” off of the screen.

“My son is a beneficiary of a vision that was started through the organization [as a student at Eagle Academy for Young Men]. So, it’s good when we can take a moment to honor each other for the tireless work that we do. My greatest heroes are the people who are in the trenches,” said Yoba.

And, when he reflects on those who inspire his service to others he remembers the times he was giving back prior to him being in the spotlight.

“I was that dude in the trenches working with kids in an afterschool program in Harlem as a tutor at 16; teaching theater at 18; working at 13 high schools at 20; and working at Rikers Island… I’ve done this work my whole life so for me it’s a lifestyle,” he added.

Now, some of the young adults who were his students remind him of the impact that he had on their lives. And for him, that means much more than recognition to him. “One person said to me today, remember when you used to come to YALA (Young Adult Learning Academy) in the late ’80s on the Upper East Side. And that was before I was working as an actor. And that’s what I love. The honor is the people that you serve and the stories that you get to hear later on when they’re like, ‘Yo, you used to come to my high school.’”

Aside from the day of golfing and the awards reception, Garner said that he enjoyed communing with his brethren for a great cause. “Just seeing black men from all walks of life fellowshipping and bonding was truly an amazing experience.”

And if you’re someone who likes to spend time on the green and wants to celebrate black men, join us and Malik Yoba for the 2nd Annual Black Men XCEL Summit at the PGA National Resort & Spa in Palm Beach Gardens presented by FedEx. It is truly the only event of its kind. So you won’t want to miss it.

Get your ticket today!