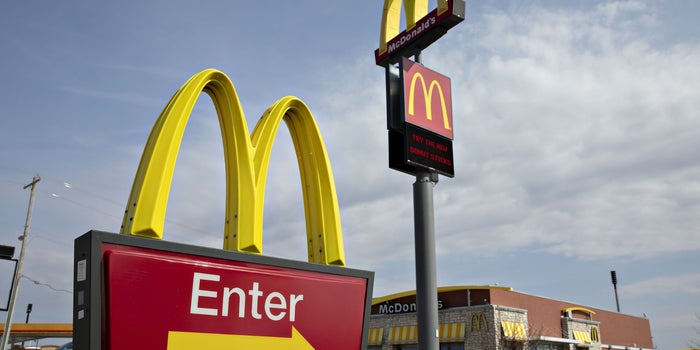 Would you like fries with that? How about a free iPhone?

In an attempt to recruit and maintain new workers in a post-pandemic landscape, one McDonald’s location (MCD) is hoping to attract potential employees with quite the technologically sound offer.

In a viral tweet that has now garnered over 226,000 likes, user @brogawd_ posted a photo of a headscratching sign outside of an Illinois McDonald’s.

Related: McDonald’s Apologizes for Understaffing: ‘Nobody Wants to Work Anymore’

Business Insider confirmed that the sign belonged to a restaurant located in in Altamont, Illinois.

People on the internet, however, were less than thrilled about the offer.

“I was a manager at McDonald’s,” one user wrote. “They had a thing where if you passed the secret shopper, the manager on the floor would get $100. I passed but since I had put in my two weeks, they said I didn’t qualify for some dumb reason. They will absolutely switch up the qualifications on you”

“They could just offer livable wage instead of this theatrics,” another said.

Related: What People Don’t Realize About the McDonald’s Strikes

The McDonald’s (MCD) location hasn’t commented on the sign or the promotion.

The new incentive comes at a time of turbulence between McDonald’s and its employees.

This month, employees across 15 major cities in the U.S. staged a strike at select McDonald’s locations to fight for raising the minimum wage to $15, after learning that the fast food titan made $5 billion in profit last year.

The company announced that it would begin to raise pay on an average of 10% for workers over the rest of the year, estimating that the average wage for company-owned restaurant employees would reach $15 per hour by 2024.

However, this does not include employees who work in franchisee-owned restaurants, which account for a whopping 95% of all McDonald’s locations.

Many fast-food restaurants, like Wendy’s and IHOP, have been doubling down on digital models and promotions that encourage customers to order online or through an app, decentralizing the typical model of 1-1 customer to employee interaction.

McDonald’s said it is looking to hire 10,000 new employees across its company-owned restaurants the next three months.

Related: McDonald’s will raise the salaries of its staff, but only in the US and not all