One on One With Michael Baisden 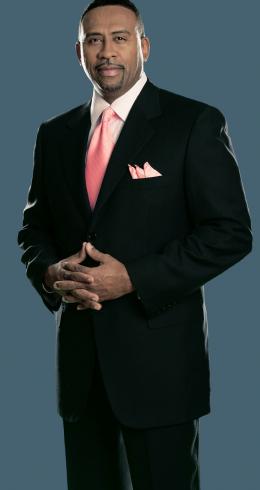 With a syndicated radio show in some 64 markets across the country, Michael Baisden is one of the nation’s most powerful radio voices. The major mastermind behind last year’s historic “Free Jena 6” march, Baisden not only entertains his listeners with his daily afternoon drive show, but charges up the airwaves with healthy doses of relationship, business, and political information. It’s that perfect combination of fun, insightful discussion and advocacy radio that keeps listeners tuning in. Not content with just ruling the deejay booth, Baisden has also taken his brand to the tube with his late-night TV One variety show Baisden After Dark. This week, Baisden, who is featured in Black Enterprise’s August cover story on the future of black radio, talked to BlackEnterprise.com about his career and the dynamic radio industry.

BLACK ENTERPRISE: To what would you attribute your success in radio?
Michael Baisden: Wow. That’s a good question. It’s hard work and preparation. We put a lot of time into the show. I’m up until almost 2 a.m. every morning including Sundays. The only day I take off is Saturday. And when I say ‘take off’ I mean that I only work eight to 10 hours on Saturdays.

In spite of the hard work, you seem like you’re always having fun with it.
The fun part is when you’re actually doing the show. The preparation is the work. By the time you get on the air, if you’re prepared, then it’s all about paying attention to the listeners and having fun with them and playing the music.

You have a natural syndication knack. People tend to feel like they really know Michael Baisden. Is that an attribute for people who are in syndication?
Yes. It’s all about people feeling like they know you. I think one of the things that we’ve been able to do is that we can relate to our listeners but also challenge them to think differently about things, from relationships to sexuality to politics to business. The show forces people to really do something and to think differently, to challenge the beliefs they had on a given topic prior to listening to the show.

What are your thoughts on the impact of nationally syndicated radio on local radio in terms of the diminishing role of the local radio personalities?
I don’t like it. I have a relationship with all of those guys [local personalities] unlike anyone else in radio because I worked with all of them to get here. I was in their markets, on their shows on a regular basis promoting my books, my seminars, my stage plays, so I needed them. Without them I wouldn’t be here. I wish there was some way for us to exist together.