One on One with Wendy Williams 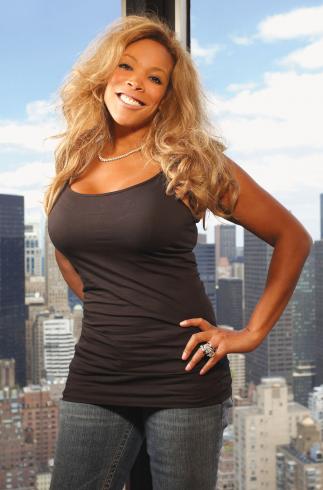 Known as the “Queen of All Media,” Wendy Williams has parlayed 22 years on radio airwaves into best-selling books, TV specials, and now her very own syndicated daytime talk show on Fox. With a penchant for keeping listeners on the edge of their seats with the hottest celebrity gossip and the latest news in pop culture, her afternoon drive radio show, The Wendy Williams Experience, based at WBLS FM in New York City, recently ranked No. 1 in New York in the 25-54 age group. Offering celebrity guests and biting humor, the show is syndicated in 10 markets and reaches 778,000 listeners. Williams spoke with BlackEnterprise.com about her career and the challenges in today’s radio industry.

BLACK ENTERPRISE: To what would you attribute most to your success?
Wendy Williams: Perseverance and determination. That might sound clich&eacute;, but I really haven’t always had the support I’ve needed. I am constantly having to prove myself. But I understand the business of radio. I have a very clear understanding of radio as a fan because I was a fan of radio and a student of radio before I executed it, and I’m still fan. Radio is my blood. I also don’t think I’ve ever rested on my laurels over my entire career. I know that I’m only as good as the show I did yesterday.

Some people contend that being on the air is a lot harder than it appears. Holding the audience’s attention isn’t easy.
I’ve never found the execution of radio to be tough. It’s nothing for me to get on the radio to make people smile. It’s easy. It’s been more of the business side that’s become tough. Believe it or not, the higher I’ve climbed, the tougher it’s become–sexism, racism, financial–you name it. As a successful woman in this industry, I’ve experienced it, and I continue to experience it. While there are a lot of women on the air, I don’t think there are a lot of women who hold the keys to the power on the air. We have a long way to go as women in business. But I have been able to close the gap and surpass some men in many ways. Radio has been good to Wendy Williams.

What do you think about the impact of syndicated radio on the broadcast radio landscape?
It’s bitter and sweet. It’s sweet because I am on the winning end of it for now. It’s bitter because I see my radio people in the trenches–kids graduating from college right now who aspire to do what we’re doing on the radio–who will never get a chance to do anything great in this business because of the effects of syndication. But to play two sides of the fence–syndication versus localization–syndication is cost-effective. With a few companies owning most of the stations today, it’s more financially prudent to have one personality service several markets.

Over the years, the industry has undergone