How One Organization is Helping to Improve Diversity at Independent Schools 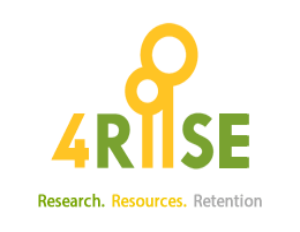 The public versus private school debate has been a longstanding discussion within the education realm. For some families, the idea of a private education never enters the equation due to the high cost of tuition and perception that private school environments are reserved for those from wealthy and privileged backgrounds. This perception of elitisim is often what keeps many families, especially those of color, from considering the private school route for their children. According to the National Association of Independent Schools, only 27.5 percent of their 1,085 schools have students of color.

In an effort to change this perception and create a more welcoming culture for families of color, educational advisor Gina Parker Collins created Resources In Independent School Education (RIISE). With the goal to bridge the gap between the number of minority students enrolled in independent schools, BlackEnterprise.com spoke to Collins, who is also a mom of an independent school student, to gain insights on the economic benefits of a private school education and the long-term mission behind RIISE.

BlackEnterprise.com: Why do you think there’s such a small percentage of minority kids enrolled in independent schools?

What can independent schools do to attract a more diverse student population?

Diversity happens when investments are made to create inclusive environments. Outreach through networks like RIISE will help to develop culturally responsiveÂ promotion of the academic benefits and lifestyle opportunities offered by an independent school education.Â Culturally responsive outreach builds sustainable relationships with diverse families of color whoÂ place a value on their cultural contributions and quality education. Independent schools must also increase financial support with tuition in order to achieve socio-economic diversity.

If more students of color enroll in independent schools what impact do you think it will have on the future work force and economy?

School choice is a parental right and should not be considered divisive. All families deserve the best education possible forÂ their children, public or private. It is true that the educational resources in private, independent schools are vast, while many public schools struggleÂ to provideÂ basic classroomÂ resources.Â This can make private independent education very attractive. It is also true that not all families gain admissions into private schools. Public schools must be improved for all students to gain access to a quality education. There are promising collaborations beginning to increase between public and private schoolsÂ that support innovative exchange of ideas and resources between teachers and students, wherein both learning communities benefit.

What’s your long-term mission for RIISE?

Our long-term mission is to create culturally responsive alliances forÂ families of color to build legacies in private, independent schools. As we grow our school and family membership across the country, we are excited about sharing our diverse stories andÂ contributions in educational institutions that are developing future leaders. Sharing multi-culturalÂ perspectives and continuing to make the business case for cultural competence and confidence with our member independent schools and families, will support the vision to build bridges between families of color and the culture of independent schools.

To learn more about RIISE, visit their website at 4riise.org and be sure to join them at their 4th Annual Parent Power Conference on April 25, 2015 in New York.