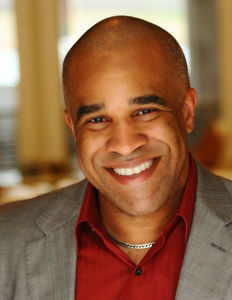 Girls of color are influenced by societal attitudes about race at a young age. More often than not, what contributes to this is that they have few options to see themselves represented by the very dolls that they spend hours playing with. For years there has been research on the bias that occurs because little girls do not seem themselves represented in a positive light at an early age: from beauty to brains. To aid in this crisis among your girls and the toy industry Trent T. Daniel and Stacey McBride-Irby created the One World Doll Project in 2010 to make a significant positive cultural impact through their line of “Prettie Girlâ€ dolls.

What sparked the idea to create a line of multi-cultural dolls?

In 2010 I happened to meet a young lady named Stacey McBride when I was on tour with the UNCF’s “Empower Me Tourâ€ and Stacey was a panel member on a speaking panel about entrepreneurship. In getting to know her and talking she told me about her being a designer at Mattel and the creator of the first authentic line of African American Barbie dolls. We started to see some opportunities for her to do a doll line that really represented what her vision was as far as African American and multicultural dolls were conferenced. After that meeting came back to Houston and was able to pull some investors together.

Were there any challenges of being an entrepreneur in the consumer industry?

The biggest challenge we faced was financing. Just like every other business in this country we were putting this together in one of the most difficult financial times in the country. It certainly was true for small businesses. Getting the financing and being able to finance our vision the right way was our priority. When we made the decision to start this line we knew that an absolute must for us was to produce dolls of high quality. We know what our competition is and we know what we were dealing with. And if you look at the landscape for dolls of color in the market, you don’t really see a great magnitude of quality in those dolls — cheaper plastic, cheaper fabricate. We knew that we had to invest upfront in the quality. That’s why the cost of getting the dolls produced was a lot higher than other dolls on the market.

You spoke of difficulties in financing. How difficult is it specifically for African American to seek investors and raise capital?

There are inherent community challenges as far as AAs are concerned in obtaining finances. More of that is due to upward relationships as opposed to money not being available. The silver lining of these challenges is that we just had to work really hard to get what we want. We had to build relationships with groups and pockets of investors that had the capital to be able to invest in this. We couldn’t take no for an answer. A lot of times when people talk about the challenges, I like to tell people that the money is out there and we just have to work a little bit harder to get it. In reality, a lot of deals are cut on the country club golf club and a lot of times there just aren’t African Americans at those golf clubs. Money is just about seeking opportunity. What has given us the ability to seek financing is that we poured quality into our company and product and our website. These are things that made financers ultimately want to invest. The important message is that those challenges can be overcome by giving the investment community what they’re looking for: great ideas with great potential. And if you present that, the money will come in no matter what color your skin is.

How do you feel the reception has been for the dolls?

The reception has been amazing. Let’s say why: every year, every Christmas, every birthday there are millions of women of color in the stores and online looking for dolls for their girls that look like them. The reason that women — African American, Hispanic, Asian, Middle Eastern are searching for this is because these women are not being represented when you go to your local toy store. The predominance of dolls that you see on the shelf truly don’t reflect what our children see when they go to school. Not only are we doing ethnically diverse dolls, but ethnically diverse dolls that have a story that resonates with parents who want to see their little girls dream about other things then wearing fancy clothes, or high heels. For instance, they love the fact that our African American doll wants to be in business. There are so many negative images of women on TV and in the mainstream media, so for us to create a line of dolls to not only promote aesthetic beauty, we also have messages of empowerment and being bigger than your circumstances.

What’s next for the One World Doll Project?

First of all, we must solidify the “Prettie Girlsâ€ as the go-to toy. We’re not focused on competing with Mattel, or Hasbro, but we are. We attended the International Toy Fair in February in New York and it was our big foray in moving our dolls into the mainstream market place. This will be the year of the “Prettie Girls.â€ We will also have another doll of Asian descent coming out late the 3rd quarter, and also a line of fashions coming out for the Pretty Girl dolls, and we’ll also be releasing a celebrity doll modeled after Bern Nadette Stanis as Thelma from Good Times.

For more information on the Unity Doll Project visit www.oneworlddolls.com.