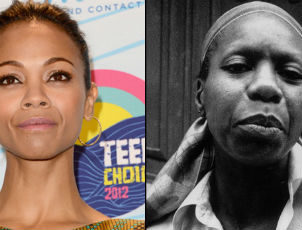 The internet was abuzz when news surfaced that Zoe Saldana would star in the upcoming Nina Simone biopic. Most of the reaction was negative, with many people doubting Saldana’s acting (and/or singing) chops and the fact that Saldana bears no resemblance to the late music legend.

Now, an online petition is circulating titled “Jimmy Iovine & Cynthia Mort: Replace Zoe Saldana with an actress who actually looks like Nina Simone.” As of this posting, the petition has over 7,000 signatures.

The Grio put together a slideshow of actresses who could also play Simone.

Who would you like to see star in the Nina Simone biopic? Is it too much to start a petition about a film role?