Do Online Petitions Cause Real Change? 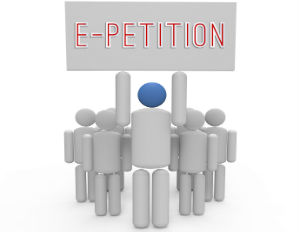 In the July-August issue of Black Enterprise magazine, we take a close look at online petitions. Online petitions have made expressing dissatisfaction on an issue or supporting a cause as easy as snapping an Instagram photo. Sites, such as MoveOn.org, Change.org, and iPetition, are used by thousands daily, to rally support for a variety of causes.

“Slacktivismâ€ as the New Activism

In fact, online activism has become so commonplace, the somewhat pejorative term “slacktivistâ€ has emerged to define the new style activist who signs online petitions and shares them on Facebook.

While opinions vary as to who coined the phrase, many have questioned the effectiveness of online activism. Malcolm Gladwell wrote in an article for The New Yorker that online activism is prevalent, since it “doesn’t involve financial or personal risk.â€

Just Part of the Process

Petitions are just a part of the process of creating change. Corinne Ball of MoveOn.org said, “I can’t stress enough the success of petitions is directly related to the entire campaign. And we try to provide those tools, so it’s very easy to send a message to people who sign your petition.â€

MoveOn.org has seen the type of progress online petitions can deliver. Ball cites the confederate flag campaign petition created by Karen Hunter. “Her petition had 570,000 signers, which helped create the pressure to make the flag come down,â€ she says.

Legislation has also resulted from online petitioning. In 2014, President Obama signed a bill that ensured consumers could use their mobile devices on the network of their choice. This marked the first time that a We the People petition led to a legislative change; one that provided consumer economic empowerment, too.

Online petitions draw so many because they allow a response to an outrage or act of social injustice almost instantaneously.

Be sure to pick up a copy of the July-August issue of Black Enterprise or get yourÂ  digital subscriptionÂ for the full article.