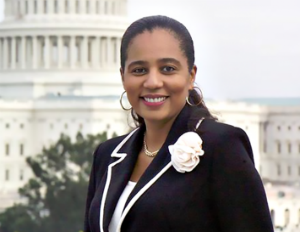 (A. Shuanise Washington, President and CEO of the Congressional Black Caucus Foundation)Â

The lack of access to capital is one of the gravest threats confronting minority-owned businesses–and one that has deprived minority communities of their own source of wealth and jobs.

Capital is, in fact, the very lifeblood of business. It helps maintain cash flow, particularly in lean periods when profits are low. More than that, it enables businesses to make investments that are essential to growth: expanding facilities, buying new equipment and technology that improve offerings, replenishing inventory, and establishing a credit history for future borrowing.

The barriers to capital that minority business owners face are due to a number of factors, including size and type of business, broader economic conditions and the lack of strong social capital (i.e., strategic business relationships, mentors, professional connections and financial networks needed when establishing and building a business.)

Consider this, for example: because many minority-owned businesses tend to be relatively small, they rely on credit from traditional financial institutions like banks, whereas large corporations have access to capital markets for their financing needs.

But beginning with the financial crisis, banks drastically tightened their lending standards, making it more difficult for many small businesses to secure loans. And for minority-owned businesses, it has been especially hard. Black and Hispanic business owners, for example, were less likely to have their loan applications approved, compared with their white counterparts who shared similar business profiles, including credit score, according to a study published in April 2013 by the Small Business Administration’s Office of Advocacy.

The problem, should it be allowed to fester, has ramifications beyond communities of color. Minority-owned firms are key contributors to the U.S. economy. In less than ten years, minority businesses in the U.S. have increased by 38%, topping an impressive 8 million since 2007, according to the Minority Business Development Agency (MDBA).

Tellingly, young minority firms create jobs at similar rates as young non-minority firms. But perhaps most important, minority firms are the lifeline for many minority communities that suffer from high rates of unemployment and joblessness.

And the opportunity for growth is striking. Minority-owned firms are poised to play a major role in American export growth, with MBDA recently describing them as a “key component of U.S. international trade.â€

Given all this, our nation’s leaders must recognize that access to capital for minority-owned businesses is a policy issue that we must address if we hope to lift communities from economic despair, spur innovation, create jobs and propel the U.S. economy to greater heights.

In that context, the Congressional Black Caucus Foundation, Incorporated (CBCF) is bringing its Executive Economic Summit series to Berkeley next month. The summit, entitled ‘Capital Wealth Creation in Business and Technology’ will convene some of the nation’s top business and technology leaders–like Reed Hastings, the CEO of Netflix–and key members of the Congressional Black Caucus, California State Legislature and the Obama administration to discuss strategies for expanding capital access for minority-owned firms in the technology sector. Aisha Bowe, the CEO and co-founder at STEMBoard; Charles Hudson, partner at SoftTech Venture Capital; Maria Contreras-Sweet, administrator, Small Business Administration and many more will also join us for the Summit.

The CBCF understands the value in providing minority-owned firms greater access to the tools they need to be competitive and reach their full potential.

America’s own success depends on this.

A. Shuanise Washington is the president and CEO of the Congressional Black Caucus Foundation, Incorporated, a non-partisan, non-profit, public policy, research and educational institute dedicated to advancing the global black community by developing leaders, informing policy, and educating the public.