How Two Actors Made a Business Out of 'Flash-Mobs' 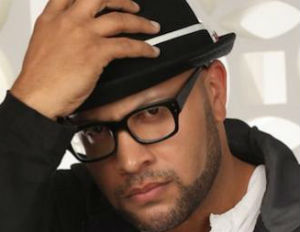 Actors Conroe Brooks and Staci Lawrence were so moved by the memorial service held for Michael Jackson that they wanted to do something special to celebrate his music and legacy. So in August 2009 the duo staged a flash mob in Los Angeles on what would have been the King of Pop’s 51st birthday. More than 100 people gathered to dance to “Beat It.â€

A month later, after being sought out on Facebook, Brooks and Lawrence were contacted by Universal Music Group, the record label for Janet Jackson. They were hired to produce a flash mob to celebrate the release of her Number Ones album. They ended up having 300 people perform their dance routine three times to a medley of Jackson’s greatest hits.

Janet showed up and was blown away by the fact that “we took choreography from her videos, put them together, and simplified it so everybody could do it,â€ recalls Brooks. “It became huge. It was covered in the international press. We haven’t stopped working since.â€

Brooks and Lawrence officially set up their business as a limited liability company in November 2009. A pop culture phenomenon, Flash Mob America has enjoyed a quick rise thanks to social media as its main source of promotion and recruitment. Clients include ABC’s Modern Family, Rachael Ray, Dell, Oscar Mayer, Oreo, GLAAD, and the American Red Cross.

Each year since its inception, Flash Mob America has generated annual gross revenues of around $600,000. The company has grown into a full-service, national production company that handles all aspects of a flash mob, including casting, choreography, music clearance and original composition, photography, filming, editing, and social networking.

Brooks handles the creative aspects while Lawrence oversees operations. Flash Mob America employs a pre-production staff of five but works with production crews all over the country including DJs, photographers, choreographers, and camera people who are on-call on a per-project basis.

Companies are starting to capitalize on the commercial appeal of flash mobs. Originally flash mobs–staged but seemingly impromptu dance routines performed by a mass of people in public places such as shopping malls–were done purely for the fun of it. But now corporations are increasingly using flash mobs at promotional and marketing events.

“Most of the time corporations hire us to get good press,â€ Brooks says. For instance, when it announced in January 2010 that 1 million pounds of food was being donated to Feeding America, Oscar Mayer hired Flash Mob America to create a flash mob celebration of its Good Mood Charity Campaign America.

The average cost to stage a flash mob is $2,000 to $5,000 per event for an individual–for a marriage proposal, for example. For corporate events, which tend to be more involved, the cost ranges from $10,000 to $100,000. “Sometimes we create original music because licensing songs can be so expensive,â€ notes Brooks, whose firm gets paid a fee out of the event’s budget.

The way it works: Flash Mob America posts a notice to recruit people to be involved in a flash mob. An instructional video is created so that people can watch it at home and practice the choreographed routine with their friends. A rehearsal is normally held the night before the actual flash mob; on the day of there is a three-hour rehearsal.

“That is really when everybody gets checked in. It usually takes an hour and a half for people to pick it up,â€ adds the 37-year-old Brooks.
|
To date, “we have 225 flash mobs under our belt,â€ he says. “Our largest ever was 1,000 people for a pilot for the Oprah Winfrey Network. Our second largest was 440 people.â€
Business comes from former clients, flash mobbers, TV appearances, and the company’s website. Flash Mob America does not advertise but constantly gets calls from new and repeat customers interested in sponsoring a flash mob. While its client base is made up of individuals and companies, 50% are small businesses or corporations.

“One huge challenge is traveling to a new city and finding people there to come out to do a flash mob, especially during the workweek,” Brooks says. Also, “having a flash mob video go viral; there is no formula for that. Our videos get a lot of hits, but we’ve only had a couple of our videos go viral.â€

Brooks says he and Lawrence can now focus on growth. “We constantly have people e-mailing us about wanting a flash mob. We hired someone specifically for the task of responding to requests.”