A Seat at Oprah's Table: Media Mogul Celebrated Thanksgiving With Her 'Daughter-Girls' 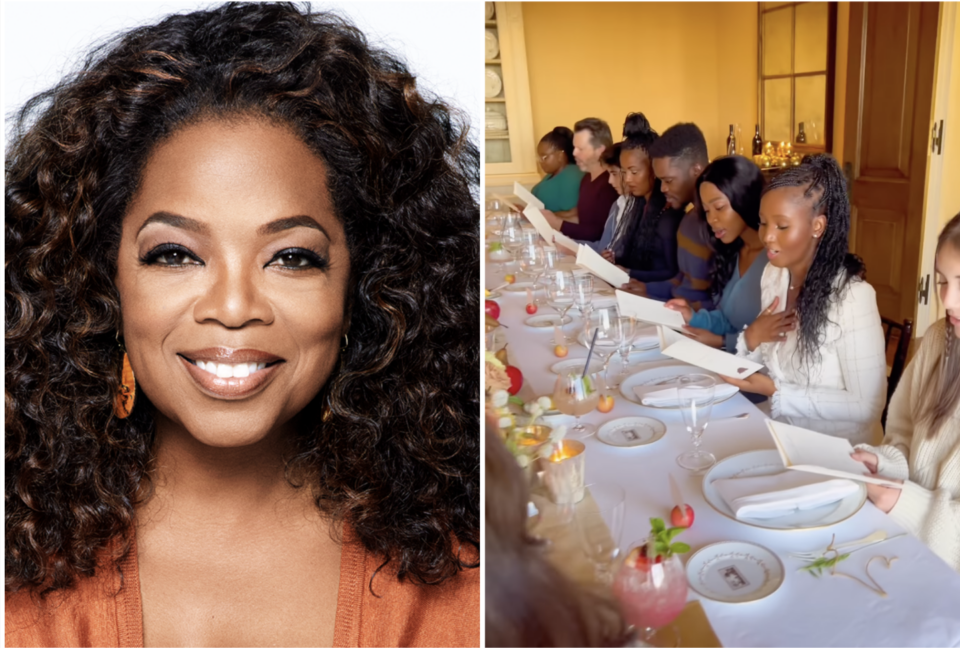 Holiday traditions may vary across the world, but one thing’s for sure: they are best spent with the people you love.

This past Thanksgiving, Oprah Winfrey hosted a celebration at her Santa Barbara home with her annual guest list of graduates from the Oprah Winfrey Leadership Academy for Girls in South Africa, whom she refers to as her “daughter-girls.”

According to Oprah Daily, the celebration began with a greeting from the “Thanksgiving Welcome Committee.” Daughter-girl Palesa‘s spouse, Paul, was serenaded with an African song, as a new guest at the gathering.

This year, Winfrey themed the holiday “Goodness of God Thanksgiving.”

“I just want to say thank you to everybody at this table,” she said. “Thank you for your presence. I know everybody has had their own journeys here. And everybody’s journey has brought them, you know, from multiple directions. And so I would like for us to just take a moment to think about the journey that you have made this year to be sitting at this table, and the goodness and grace that has put you here.”

Before breaking bread, Winfrey said grace a little differently from the traditional prayer, having everyone sing a song that was sent by one of her daughter-girls, Thando Dlomo, who was not able to attend because of a work commitment. The song was from Winfrey’s long-time friend and gospel singer, Cece Winans.

Along with the variety of food options that were provided, Winfrey gifted her daughter-girls with some of her favorite luxury products, including boxes of skincare products from Dr. Barbara Sturm, eyebrow products from Anastasia Beverly Hills, and smart sunglasses from Ray Ban.