Oprah Reveals That She Never Planned to Star in Henrietta Lacks 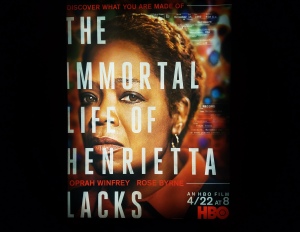 This weekend marked the broadcast premiere of the HBO film The Immortal Life of Henrietta Lacks, which Oprah Winfrey both executive produced and starred in.

But even the queen of media herself worried that she wasn’t up to the task of taking on such an important story.

“I didn’t want to do this film,” she said at the film’s premiere. “I was really scared because I haven’t done a lot of films. It’s not where I feel the most at home. Acting was just something I was doing on the side.”

Winfrey said she had other actresses in mind for the role of Deborah Lacks, the only surviving daughter of Henrietta Lacks,Â who worked with reporter Rebecca Skloot to turn the untold story of Lacks’ cells into a New York Times best-selling book.

Watch our exclusive video to find out what changed Winfrey’s mind about taking on the role.