According to Blavity, the billboards, which began going up Thursday also include a call to “Demand that the police involved in killing Breonna Taylor be arrested and charged.”

26 billboards, one for every year of #BreonnaTaylor's life, are going up in Louisville, Kentucky. Paid for by Oprah Winfrey's magazine, the message on them calls for arrests in her case: https://t.co/xJFKluUoBE pic.twitter.com/AlWdyojBLb

The billboards represent each year Taylor was alive. They also encourage viewers to visit UntilFreedom.com, a national social justice organization. Until Freedom organized a rally outside the home of Kentucky Attorney General Daniel Cameron last month, resulting in the arrest of more than 80 demonstrators.

Last week, the former talk show host dedicated the cover of her O magazine to Taylor, the first time that Winfrey hasn’t graced the cover.

“Breonna Taylor. She was just like me. She was just like you. And like everyone who dies unexpectedly, she had plans. Plans for a future filled with responsibility and work and friends and laughter,” Winfrey wrote on Instagram. “I think about Breonna Taylor often. Imagine if three unidentified men burst into your home while you were sleeping. And your partner fired a gun to protect you. And then mayhem.”

Taylor was killed by four police officers the night of March 13 when officers of the Louisville Metro Police Department executed a no-knock warrant at the wrong house. After officers forced their way in, Kenneth Walker, Taylor’s boyfriend and a licensed gun owner, began shooting, thinking that their place was being robbed. The officers returned fire hitting Taylor eight times.

Since the incident, one officer has been fired but none have been arrested or charged. Weeks after Taylor’s death, the Louisville Police Department released a mostly blank four-page police report.

“We have to use whatever megaphone we have to cry for justice,” Oprah says. “And that is why Breonna Taylor is on the cover of O magazine. I cry for justice in her name. The September issue honors her and every other Black woman whose life has been taken too soon.”

A spokesman for Kentucky Attorney General Daniel Cameron told WDRB Thursday that Cameron’s office is waiting for “additional testing and analysis from federal partners, including a ballistics test from the FBI crime lab.” 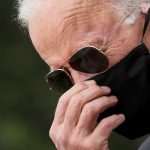 Biden Pulls Back On Claim African American Community Is Not Diverse 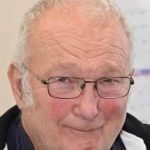