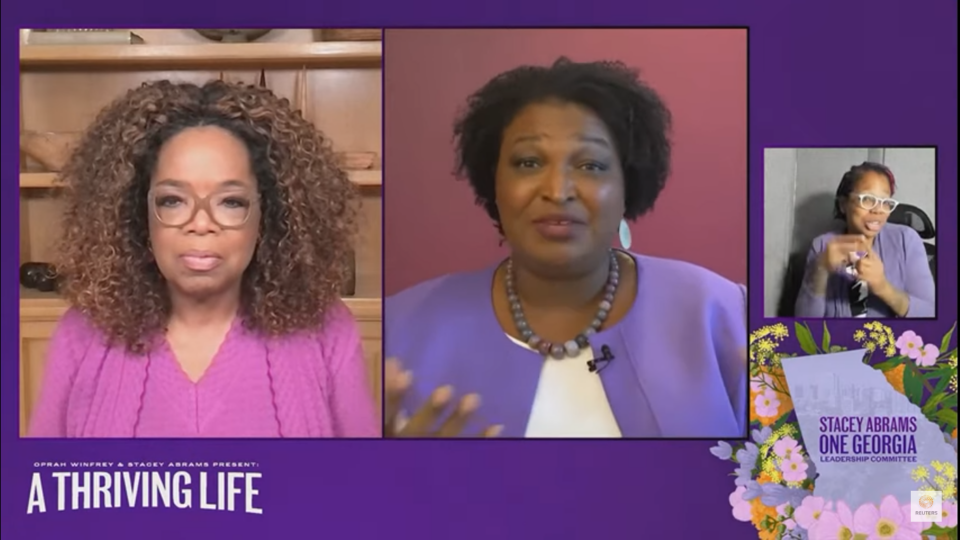 NBC News reports the former talk show host appeared in a prerecorded chat with Abrams. Winfrey said she believes the Georgia Democratic candidate has a “calling to want people to be able to do better, to live better and to thrive in their lives.”

“I’m wishing that the people of Georgia come out and make that a reality for you and the state of Georgia,” Winfrey added.

The two Black women met less than a month before the Georgia gubernatorial election between Abrams and current Georgia Gov. Brian Kemp. The meeting also came during the first week of early voting in the state where more than 430,000 people have already filled out a ballot.

Winfrey also visited the Peach State in 2018, knocking on doors during the first election matchup between Kemp and Abrams. Kemp won, but it was later determined that he purged more than 300,000 voters from state voter rolls.

“As the governor, my mission is to make sure that everyone can do well that they have education, health care, and housing and the ability to make a good living and take care of themselves,” Abrams said.

Abrams also wants to improve protections for LGBTQ residents and reproductive rights for women. She wants to add safeguards to protect elections.

“And so if you want opportunity, freedom, and the ability to control your future, you need me as governor, because Brian Kemp’s proven he doesn’t care and he won’t help,” Abrams said.

During the chat, Abrams also explained why she wears the color purple on the campaign trail, saying being a leader means supporting the entire state and purple represents both “the color of energy” and a mixing of red and blue, the colors used by Democrats and Republicans.

“We are best when we are melding together the greatest ideas of everyone,” Abrams said.