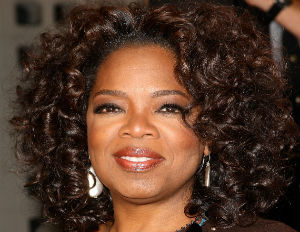 Mogul, producer, philanthropists, and actress, Oprah Winfrey, is set to star in HBO Films’ necessary production of The Immortal Life of Henrietta Lacks, detailing the life, death, and impact of Henrietta Lacks, an African American woman who is said to have possessed the first immortal cell line, now known as HeLa. Though Lacks died in 1951, her cells are still alive, well, and being used for medical research today.

Based on the 2010 book by author, Rebecca Skloot, The Immortal Life of Henrietta Lacks follows Skloot as she investigates the use of Lacks’ cells, unbeknownst to Lacks or her family, taken from her cancerous tumor that was biopsied during treatment for cervical cancer at John Hopkins Hospital in Baltimore.

It is discovered that these cells became arguably the most important tools in medicine, as research utilizing these cells led to the development of cloning, polio vaccination, in vitro fertilization, gene mapping, and more.

The conspiracy in the use of these cells derives from the truth that the cells were harvested without the permission from Lacks or her family and have produced profit, having been bought and sold by the billions. Lacks’ direct and extended bloodline saw no profit from the research or use of her cells,Â as many of her family members couldn’t even afford health insurance.

HBO’s The Immortal Life of Henrietta Lacks is essential; a story of race, poverty, privacy, and human rights. The film will be told from the perspective of protagonist Deborah Lacks, daughter of Henrietta Lacks, played by Winfrey.

The original book has been adapted to film and will be directed by veteran Broadway director-producer George C. Wolfe. Alan Ball, Peter Macdissi, Carla Gardini, and Lydia Dean PilcherÂ will executive produce and Rebecca Skloot will co-executive produce the film. Henrietta Lacks’ sons, David Lacks, Jr. and Zakariyya Rahman, and granddaughter, Jeri Lacks, are consultants on the film.

Filming should begin this summer. There is current no known release date.

In addition to this project, Winfrey is also set to star in upcoming television series, Greenleaf, a show that takes viewers into the unscrupulous world of the Greenleaf family and their sprawling Memphis megachurch, where scandalous secrets and lies are as numerous as the faithful.