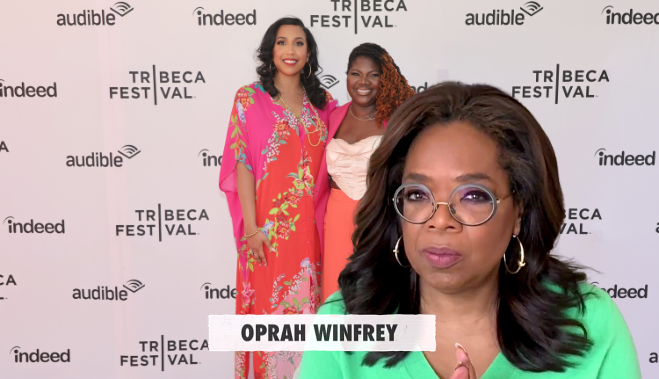 Oprah Winfrey’s team is playing defense for her brand.

The Hollywood Reporter reports that the hosts of Oprahdemics are being sued for trademark infringement by Harpo Inc., the company that holds ownership of Winfrey’s trademark. The suit was filed Tuesday in New York federal court, emphasizing “trademark infringement, dilution, unfair competition, and cybersquatting.”

Reuters reports that Winfrey’s company is taking legal action against the podcast for allegedly misleading users into believing that the billionaire has a role on the platform. Harpo Inc. also claims that the content can damage the company’s notoriety.

“Her fame is so extensive that she is instantly recognized by her first name Oprah alone,” writes attorney Tamara Carmichael of Dorsey & Whitney in the complaint.

Launched in March 2022, Oprahdemics follows two friends, Kellie Carter Jackson and Leah Wright Rigueur, who delve into the “unauthorized study of the Queen of Talk,” according to the podcast website. They break down memorable episodes of Winfrey’s talk show and her lasting impact on the culture throughout her career. Season 1 has just wrapped up with 15 episodes.

The suit states that Winfrey’s team is not looking to shut down the podcast or receive any compensation.

“Harpo does not seek monetary damages or profits available under applicable law from Defendants’ wrongful acts of building a media and entertainment brand by capitalizing on the goodwill of the OPRAH and O family of trademarks. Nor does Harpo seek to prohibit Defendants from airing a podcast series on their chosen topic,” Carmichael writes in the complaint, per The Hollywood Reporter.

She continued: “However, Harpo submits that the Court should enjoin Defendants from wrongfully creating a new brand incorporating Harpo’s trademarks and making trademark use which is dilutive of and constitutes misuse of Harpo’s OPRAH and O family of trademarks and explicitly misleads consumers as to the source and/or sponsorship of Defendants’ branded offerings.”

On Wednesday, Jody Avirgan of Roulette Productions, which produces Oprahdemics, responded in a statement: “‘Oprahdemics’ is a journalistic exploration by history professors and sincere, longtime fans of Oprah Winfrey. As independent producers, we feel it’s important to have fun, approachable, and educational conversations about the cultural impact of Ms. Winfrey.

This comes from a place of both deep admiration and critical thinking. Kellie and Leah are remarkable hosts. Roulette Productions produces ‘Oprahdemics’ and has been engaged with the team at Harpo for some time–while genuinely surprised by this, we hope to resolve it.”