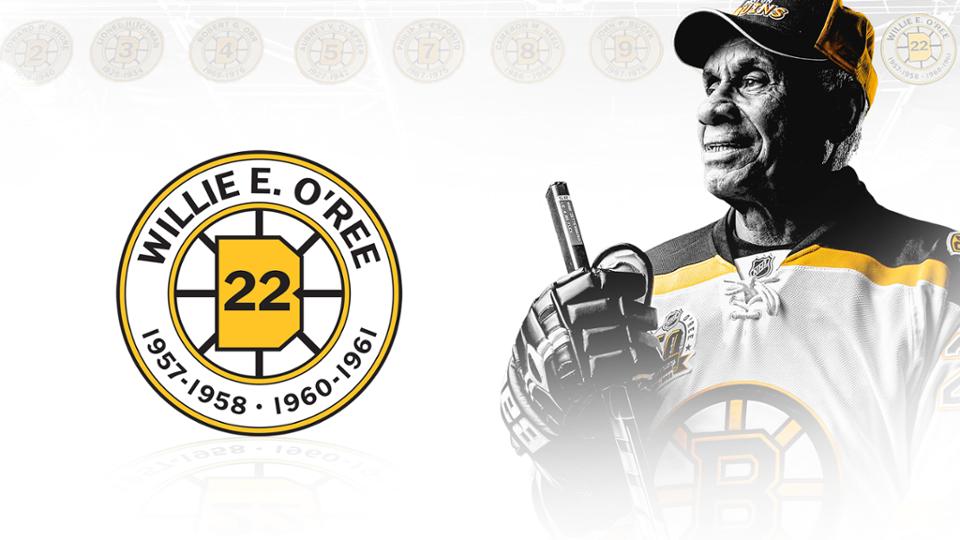 The first Black person to ever play in the National Hockey League is being honored next week on Jan. 18 by the Boston Bruins.

The Boston Bruins previously announced that the team had planned a celebration to honor Willie O’Ree when they retire the jersey number he wore, 22.

The ceremony will take place on Tuesday, Jan. 18, 64 years after suiting up and entering a game and one day after celebrating Dr. Martin Luther King Jr.’s birthday. It will take place right before the start of the Boston Bruins game against the Carolina Hurricanes.

Although O’Ree was legally blind in one eye, he became the first Black player to compete in an NHL game on Jan. 18, 1958. The team played against the Montreal Canadiens, which, coincidentally, he was traded to 2 seasons later when he played 43 games for them during the 1960-61 season.

O’Ree has revealed that he won’t be attending the game in person but will be there virtually as a precaution.

“While my family and I looked forward to participating in the ceremonies in-person, the long travel and associated risks that come along with a cross-country trip have led us to make the difficult decision to participate virtually,” said Willie O’Ree in a written statement.

“I want to thank the Bruins organization for their support and understanding, and I remain incredibly honored that they have chosen to retire my number. I would also like to express my sincere appreciation to the fans for their support throughout the years. I am excited to connect with everyone remotely, from my home in San Diego, on Jan. 18.”

O’Ree was inducted into the Hockey Hall of Fame Class of 2018 when he was enshrined as a part of the “Builder” category. That category is slated for those who are included because of their “coaching, managerial or executive ability, or ability in another significant off-ice role, sportsmanship, character and contributions to his or her organization or organizations and to the game of hockey in general.”

According to ESPN, the NHL is already honoring O’Ree. Players will be wearing helmet decals of him through the end of February, Black History Month. The decals feature O’Ree in his signature fedora, along with the words “Celebrating Equality.” Last year in the NHL, there were only 43 non-white players. That adds up to less than 5% of the league.