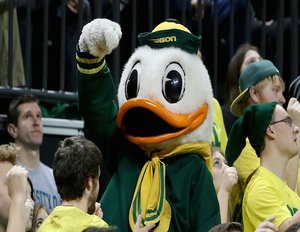 With the National Championship Game soon approaching, residents of an Ohio city named Oregon want to show their allegiance to the might Ohio State University.

Matt Squibb and Mark Rabbitt started a petition on change.org to convince city officials to temporarily change the name of the city to support the Ohio State Buckeyes. Squibb says that he has plenty of city pride, but on the day the Buckeyes face off against the Oregon Ducks for the National Championship, he would want the city to have pride for the home team.

Such suggestions are “Buckeye Town,â€ and “Brutusville,â€ but Squibb and Rabbitt both do not care what the name is, as long as it shows support for the Ohio State University. City leaders have told him that they will issue a proclamation in support of the Buckeyes on Monday, but haven’t determined if they’ll temporarily change the name yet.

“We’ve heard about [the petition]. We’ve gotten calls. We’re going to do something with it,â€ said city administrator Michael Beazley to the Toledo Free Press. Ohio State beat top-ranked Alabama 42-35 on Thursday night, setting up a championship date with No. 2-ranked Oregon. Meanwhile, the Ducks beat previously undefeated Florida State 59-20 in the other semifinal game.

The championship will take place in Arlington, Texas.

The petition, which was posted at 10 a.m. ET last Friday, has 1,871 supporters as of Jan. 4. Neither Squibb or Rabbitt, both Clay High graduates, are Ohio State fans but each said it was a unique chance to support the university. “We’re just two guys going on a website and sparking something that most people would think is probably a really stupid thing, but to have so many people supporting it and then hopefully rooting for Ohio State to win it all is pretty great,â€ Rabbitt told the Free Press.

“I think it’s pretty good to see a community come together and support them,â€ Beazley said.

The College Football Playoff Championship will air on January 12 at 8:30 p.m. EST on ESPN.