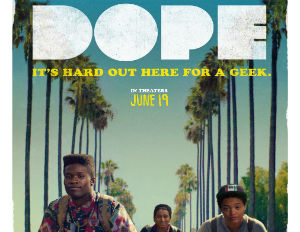 Hollywood’s elite continue to address the most recent Academy Award whiteout. For the second year in a row, the nominations failed to nominate any minority actors, writers or directors. However, the names and shows to be honored this year at the 27th Annual GLAAD Media Awards were recently announced and are not void of a diverse group of nominees. The GLAAD Media AwardsÂ honor outstanding media images of the gay, lesbian, bisexual, and transgender (LGBT) community and serve as a benchmark for the media industry and complement GLAAD’s work to bring LGBT images and stories to Americans.

GLAAD President Sarah Kate Ellis released the following statement after the nominations were announced: “For nearly three decades, the GLAAD Media Awards have propelled inclusion in media and driven LGBT acceptance forward. This year’s nominees have raised the bar for creatingÂ thoughtful and diverseÂ LGBT images and storylines, deepening audiences’ understanding of LGBT peopleÂ and accelerating acceptance across the world.”

This year’s nominations for outstanding film include Dope by Rick Famuyiwa, a Nigerian-American Hollywood film director, producer and screenwriter of films such as The Wood, Brown Sugar, and Talk to Me. The American Black Film Festival kicked off last year’s event with a screening of Dope, which was one of the most anticipated films of the year. The comedy-drama features names like ZoÃ« Kravitz and Chanel Iman on screen, as well as big names like Forest Whitaker and Pharrell Williams behind the scenes. Dope is also among this year’s ABFF Honors Award* nominees for best film.

Outstanding Individual Episode (in a series without a regular LGBT character): Blackish

Outstanding Digital Journalism Multimedia:Â “Holler if You Hear Me: Black and Gay in the Church,“Â by Clay Cane, BET.com