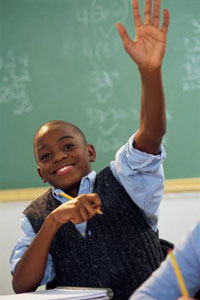 Among my most enjoyable assignments is writing the weekly Power Moves blog that appears on BlackEnterprise.com. It offers me the opportunity to opine on how we can best leverage our individual and collective influence in business, finance, politics, and public policy. (By the way, follow me @dtdingle, to share your thoughts.)

Most recently, I have written on the state of education–in posts that proved to be both inspiring and heartbreaking. A couple of months ago, I wrote about an awards luncheon I attended given by A Better Chance, the college prep program that has enabled more than 12,000 bright but disadvantaged minority youth to attend elite private schools. The event honored young scholars, many of whom will attend the nation’s most prestigious colleges and universities. The keynote speaker was an alumnus of the program, none other than Deval Patrick, the governor of Massachusetts. Another column detailed a panel I moderated during the 25th anniversary conference of 100 Black Men of America, an organization to be lauded for working to save thousands of black youth trapped in urban dropout factories. After reviewing success strategies, from the development of high-performance charter schools to the transformation of public institutions, we all conceded that not everyone could be rescued. So while one group moves forward to a future of leadership and achievement, a significant portion of the other will wind up wasting much of their potential, to the detriment of us all.

For the most part our public schools are flunking, and the stakes are high: The future viability of our businesses, our communities, and our nation is in jeopardy. So we must all play a role in fixing the problem. That’s why black enterprise is launching our three-part series, “Black America’s Education Crisis,â€ in this issue. What makes our approach different is that we not only share gut-wrenching anecdotes of students who have been failed by our education system, but we reveal what government officials, parents, teachers, administrators, and business people are doing to ensure that our kids can become productive citizens in the 21st-century global economy.

The first part of the series has been vigorously reported and written by Multimedia Content Producer Marcia Wade Talbert and Copy Editor Robin White Goode, who also conducted the exclusive interview with Education Secretary Arne Duncan in this issue.