The Stock Market Is Out Of Sync With The Economy 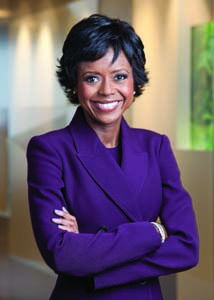 In February we saw headlines about the Dow Jones Industrial Average reaching its highest level in nearly four years, eventually surpassing the 13,000 mark. A few media outlets were optimistic that it would rise to its all-time peak. Others suggested that, considering the speed and magnitude of the recent gains, a pullback could be imminent.

Conventional wisdom questioned how stocks could be so high when the economy was still widely perceived to be in a funk. In my opinion, the real wonder was why stocks hadn’t already gone to new highs–because the economy was already well on its way.

You read that statement correctly. Despite all the headlines and the real problems we have–unemployment, the European debt debacle, the housing crisis–the U.S. produced more wealth last year than ever before. First we’ll put numbers to the story and then examine why stocks and the economy aren’t always in sync.

Let’s focus on the economy and stocks over the last five years. The size of an economy is measured by its gross domestic product–the market value of all the goods and services it produces in a year. In 2006, the GDP of the United States was $13.3 trillion. Last year it set a record, an estimated $14.8 trillion. Over that five-year period, GDP cumulatively grew approximately 11%, but it never changed more than 5% in any one of those years and fell only once–a 1.7% drop in 2009. The stock market, represented by the Standard & Poor’s 500 Index, told a very different story. Since the end of 2006, the S&P 500 has been flat for the whole period, but made massive shifts in-between. In three of the five years, it posted double-digit moves, losing 37.0% in 2008, gaining 26.5% in 2009, and rising 15.1% in 2010.

So that’s the conundrum: If the economy and stock market are connected, how can one go up fairly smoothly more than 10% over a half-decade, while the other jumps all over the place but ends up going nowhere? After all, when you buy stock in a company you hold the right to the profits the business generates. And the S&P 500 Index does contain 500 of America’s biggest businesses–so if the economy is doing well, those companies are, too.

But as legendary value investor Ben Graham wrote in The Intelligent Investor (Collins Business; $21.99): “The stock market is a voting machine rather than a weighing machine. It responds to factual data not directly, but only as they affect the decisions of buyers and sellers.â€ His point is not that the market only tracks sentiment–fundamentals will win out over the long term. In the short term, however, stocks are heavily influenced by emotion, opinion, and so forth. So while a mature economy like ours rarely grows or shrinks more than a few percentage points a year, the stock market often makes double-digit moves.