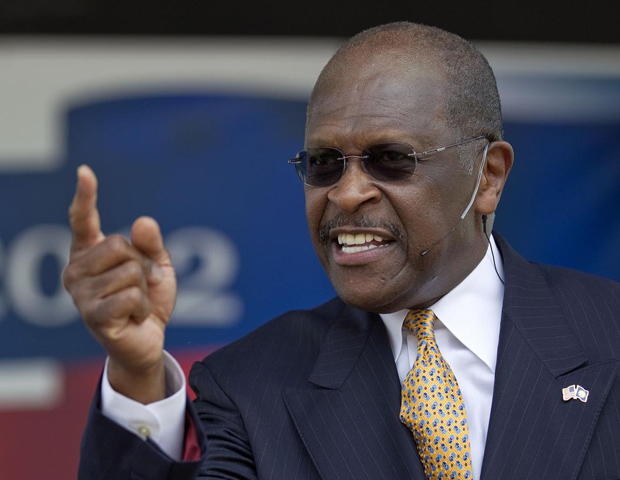 They are the very interesting opponents of the Obama administration that we can never seem to forget— Chris Christie and Sarah Palin—yet for this upcoming election, they’re not so prominent on the political scene anymore. However, one very outspoken and unforgetable presidential hopeful remains: former Godfather’s Pizza CEO and radio talk show host Herman Cain.

He’s vying for President Obama’s seat and is known to have some eye-raising, controversial — and to some, even offensive —things to say about race and why Obama should step down.

The Atlanta Post compiled a list of Cain’s most outrageous statements, from the man who proclaimed “I left the Democratic plantation!”