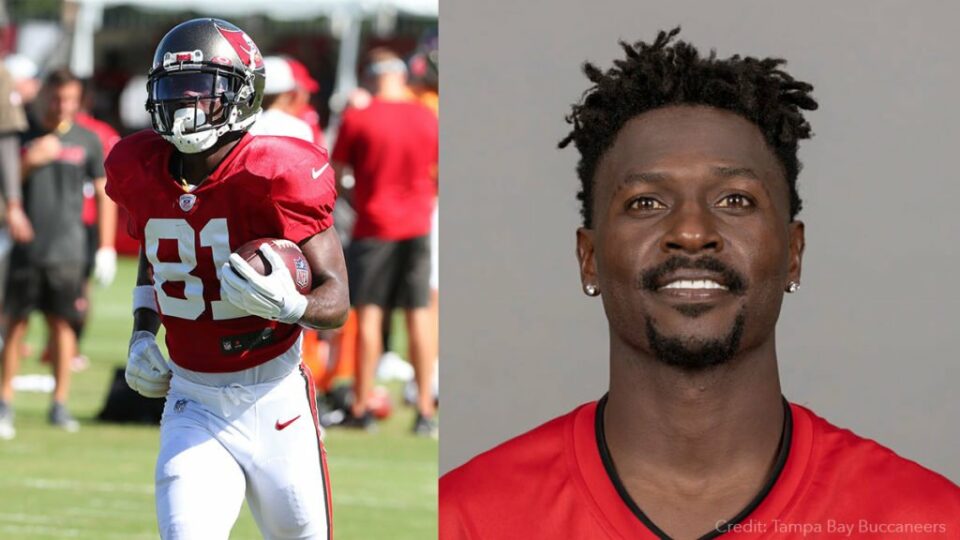 The story around NFL wide receiver Antonio Brown keeps getting murkier when it comes to what is going on with the Tampa Bay Buccaneers player after leaving the football game on Sunday at MetLife Stadium—in unforgettable fashion—against the New York Jets.

Reporter Rick Stroud of the Tampa Bay Times sent out a message via social media that implies that the wide receiver visited a surgeon outside of the Tampa Bay organization and was advised not to play because he was experiencing pain in his ankle.

Antonio Brown update below:
Antonio’s friends were worried about the pain he was experiencing so they encouraged him to see a top surgeon outside the Bucs’ organization. That visit and an MRI confirm his serious pain and that story is developing…

Antonio is known for having a high pain threshold but the belief is Antonio probably should’ve never been on the field to begin with Sunday. And official statement from Brown’s camp will be issued soon. They have stayed quiet since Sunday.

According to Yahoo! Sports, the troubled Brown left the game while it was still in progress and without his shirt or shoulder pads before his team pulled off a victory over the New York Jets at MetLife Stadium in New Jersey.

The wide receiver was seen removing his football gear, then throwing his shirt and gloves into the stands and jogging off the field toward the stadium’s tunnel. Beforehand, he was seen doing some jumping jacks in the end zone and waving to the stadium crowd before making his final exit.

At the time of the incident late in the third quarter, the Jets were leading, 24-10.

After the game, Buccaneers head coach Bruce Arians pronounced that Brown “is no longer a Buc.”

Although Arians made that statement after Sunday’s game, as of Wednesday, the organization has not officially released Brown yet.

According to the Sporting News, the NFL is not planning any “league-imposed discipline against Brown.” It appears that the Bucs are taking their time to release Brown to make sure that they handle it in a way that is best for the franchise. The NFL Players Association is also “involved in Brown’s status deliberations.”