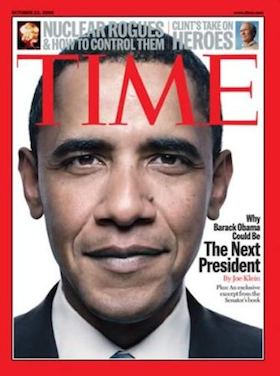 Time Inc. became a true independent company Friday (June 6), which allows it to become “the only publicly traded company in the U.S. to focus on just magazines.”

Bloomberg reports that in addition to becoming an indie, the company recently also purchased productivity app Cozi, in an attempt to boost its digital business. While the report doesn’t say how much it shelled out for the Seattle-based company, the plan is for Time Inc. to spin off from media company Time Warner Inc. and appear on the New York Stock Exchange under the symbol “TIME.”

This news places an interesting spotlight on magazines as a whole. According to Pew Research Center, circulation and advertising are at historic lows industry-wide. In more than 10 years of documentation, fewer people are working in the business than in 2003. The exact number is 41,500 jobs that have vanished and disappeared since the rise of digital content and ad revenue.

See the chart for yourself below: 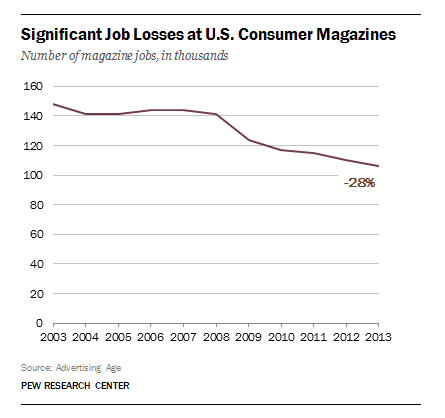