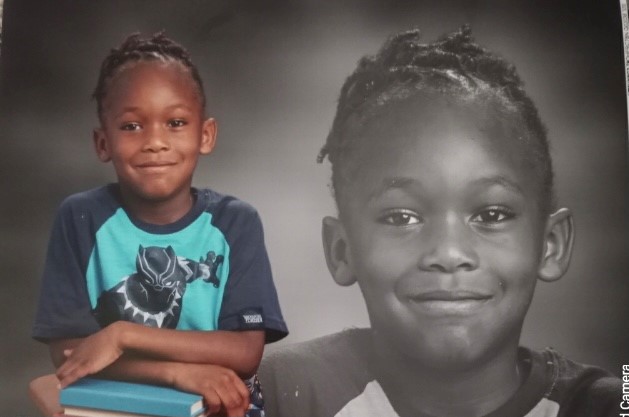 A Black 7-year-old boy from South Carolina who was an honor student, was mauled to death by a pack of dogs.

Shamar Jackson was killed on Sunday after he and his brother were walking through their neighborhood looking for their pet chihuahua, Marion, according to The State.

Related stories: THIS BRAND CONSULTANT BET ON HERSELF AND STARTED A PREMIUM DOG TREATS COMPANY

“They couldn’t get away because it was so many dogs coming from different directions,” Carnell Jackson, the kid’s father said during a phone interview. Shamar’s brother managed to escape.

In the neighborhood, about 45 miles away from Myrtle Beach, it was reported that the vicious dogs came from a person’s yard that had a hole in it, according WBTW, a CBS-affiliated television station.

The dogs’ owners have yet to offer an apology to the family, according to reports.

The Marion County Sheriff’s office said that it seized five dogs and a puppy at a nearby house and are investigating the matter.

“A search warrant was executed yesterday in the death investigation of 7-year-old Shamar Jackson. Five adult dogs and one puppy were seized from a property on Cleo Road. The investigation is active and ongoing, “ the department announced on Facebook.

“An account has been established at Anderson Brothers Bank for those wishing to donate toward the funeral cost for 7 year old Shamar Jackson. Shamar tragically lost his life earlier this week in a dog attack near Wilbur Road.

However, there is no word on anyone getting arrested or charged.

“I’m hurt. I want to cry but I can’t cry anymore,” the victim’s uncle Anthony Parsley said. “That’s my little fella there.”

“I didn’t think I would come home and find my son dead,” Jackson told McClatchy News. “I was just thinking he went somewhere and hid or jumped in a tree.”

Shamar was a straight A student at Lake View Elementary.