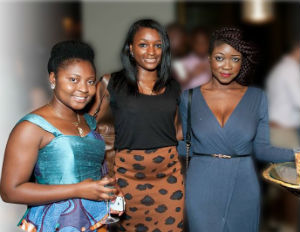 Face2Face Africa has officially announced the schedule for New York City’s Pan-African Weekend, set to take place July 10-12. The three-day event, which is in its fourth year, gathers hundreds of people together to celebrate their achievements and merit. Pan-African Weekend, orÂ PAW, was designed to showcase the innovators and pioneers in society who pave the way for future leaders.

The event will kick off with the YACE Master Class on Friday, July 10, at 6:00 p.m., followed by the IAAPA networking mixer, it was announced. The main event, the FACE List Awards Gala, is slated to differ from last year’s event in that it will be a seated, dinner style awards show, according to a release. Guests can expect to receive a delicious full course meal and be provided with entertainment all night. In addition, attendees can look forward to chances to meet, network, and connect with celebrities and business moguls of pan-African affairs. PAW is expected to close with a jazz brunch on Sunday morning.

A portion of the proceeds from the awards will benefit Face2face Africa’s new F2FA EduTech program. The program is helping to bring modern technology and ICT solutions to education systems across the African continent.

If you are interested in volunteering, participating in the hosting committee, purchasing early bird tickets, or getting more information, click here.