Papa John's Pizza Will Reduce Workers' Hours Because of Obamacare 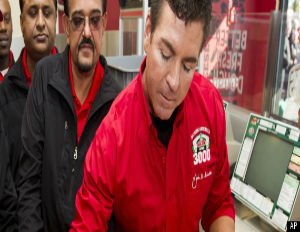 “That’s what you do, is you pass on costs,” he told the students. “Unfortunately, I don’t think people know that they’re going to pay for this.”

Schnatter attracted attention earlier this year as well when he told his stockholdersÂ that the cost of aÂ Papa John’s pizza will increase by between 11 and 14 cents due to Obamacare.