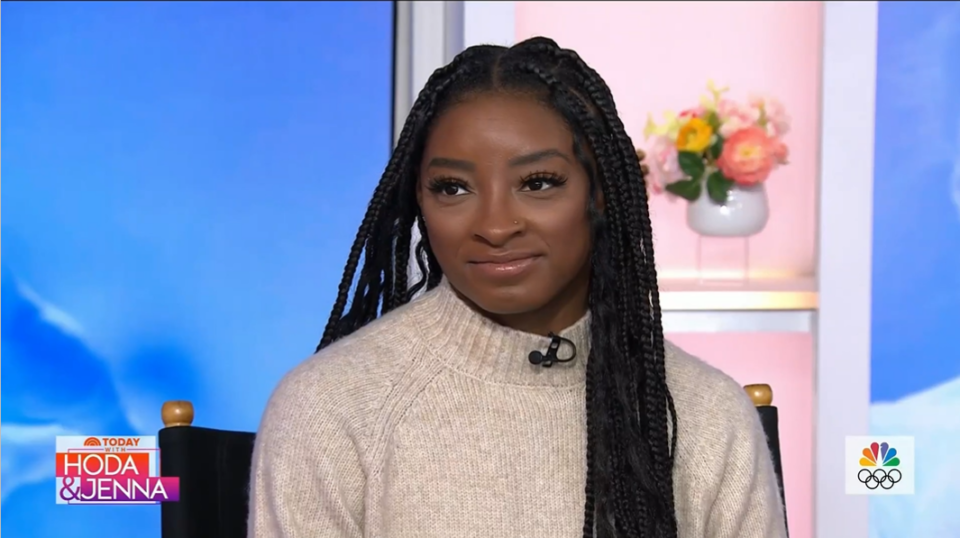 Months after Simone Biles rocked the sports world with her decision to withdraw from events at the Tokyo Olympics, she’s admitting how “scared” she still is to perform.

Biles opened up about her mental health during a Thursday appearance on TODAY with Hoda Kotb. The decorated gymnast became emotional and held back tears while recalling “the twisties” that led to her pulling out of events at the 2020 Olympic games.

As the headliner on the Gold Over America Tour, Biles only includes her signature twist during her floor routine and doesn’t do any midair twisting throughout the show.

“To do something that I’ve done forever and just not be able to do it because of everything I’ve gone through is really crazy because I love this sport so much,” Biles said while fighting back tears.

“It’s hard. I’m sorry. And I don’t think people understand the magnitude of what I go through, but for so many years to go through everything that I’ve gone through having a front, I’m proud of myself.”

After withdrawing from some of the Tokyo Olympics events, Biles credited the decision to “the twisties,” an issue gymnasts deal with where they lose their sense of space and dimension in midair despite how many times they might’ve completed the move before, NBC News reports.

In a series of videos Biles posted to her Instagram Story in July, the four-time Olympic gold medalist can be seen struggling to complete dismounts from the uneven bars.

“If you look at the pictures and my eyes, you can see how confused I am as to where I am in the air,” she said to her followers.

While speaking on Today, Biles said she’s still scared to perform because of her ongoing bout of the “twisties.”

“The twisting once I got back will come back, but I’m still scared to do gymnastics,” she said.

Biles hopes by sharing her mental health struggles, she inspires others experiencing similar issues. She shared her investment and involvement with the mental health and telemedicine app Cerebral, where she will serve as the chief impact officer.