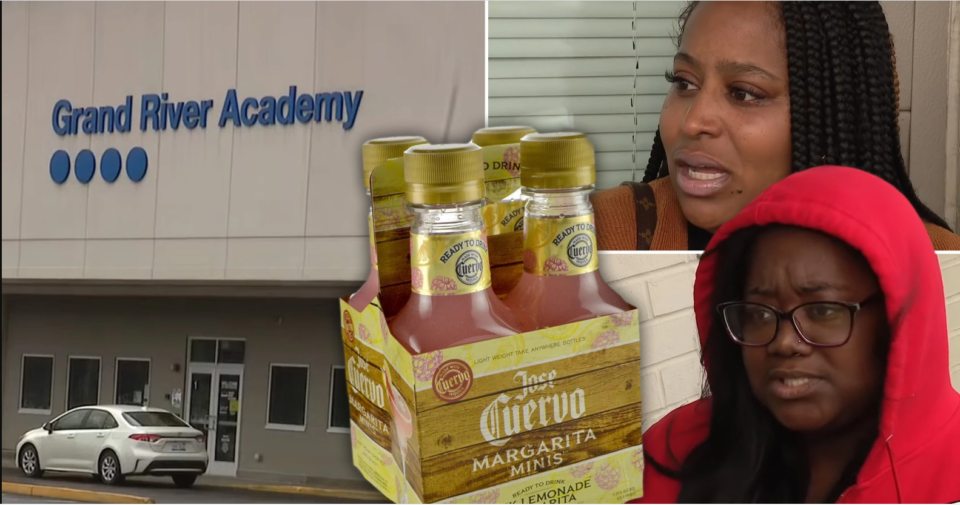 Parents of kindergartners at Grand River Academy Livonia in Detroit are rightfully upset after one of the students brought a bottle of Jose Cuervo margarita mix to share with their classmates.

Alexis Smith is outraged after learning her daughter took 4 or 5 sips of ready-to-drink tequila out of a Dixie cup, Fox 2 Detroit reports. Smith and fellow parent Dominique Zanders couldn’t believe what happened.

“She felt woozy, a little dizzy,” Zanders said of her child who also drank the margarita drink.

“The girl poured it in her cup and she drank it and the girl ended up telling her what it is, and she went and told the teacher there is liquor in this cup, and the teacher gave her a funny face,” Zanders said.

A female student brought the single-serve drink to school to share with her friends during snack time. Other students claim the child knew exactly what she was drinking.

“I had a small conversation with my daughter—nothing big—and she told me the girl knew it was liquor,” Smith said.

Smith learned about the incident after the school contacted her on April 14, letting her know a kindergartner brought a premixed bottle of Jose Cuervo to school and shared it with four other students, Click On Detroit reports.

“So many thoughts (were) running through my mind like … what if it was open before the girl brought it to school? How much was it?” Smith said.

But parents are more upset at the school and wondering how the incident could take place.

“I’m not sure if they are short-staffed or whatever, it shouldn’t have happened,” Zanders said.

The school has since released a statement seemingly defending its staff.

“While we try to keep an eye on everything our students bring to school, that’s simply not possible,” the school said.

“It’s unfortunate that these types of adult beverages can be easily mistaken for child-friendly drinks.”