Paris Attacks: How People of Color Are Affected Around the World 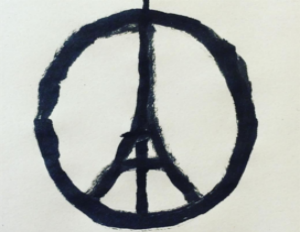 AfterÂ attacks by Islamic militants in France’s capital killed at least 129 people and wounded hundreds more last week,Â experts and advocates say people of color around the world could face more scrutiny in the aftermath.

Some borders have been equipped with new razor wire fencesÂ and several European governments have reintroduced border checks, overshadowing the ideal of free movement of people within the EU.

In the United States, Syrian refugee placement in particular has come under scrutiny as at least two dozen governors–mostly Republicans–have voiced concerns about those relocating to their state.

“The first and foremost responsibility of government is to keep its people safe,” Texas Governor Greg Abbott said Monday. “We are working on measures to ensure … that Texans will be kept safe from those refugees.”

With an intense objection from state and international officials who say they’re trying to protect their constituents, experts and advocates say the reactions to the attacks–which were confirmed by authorities as being done by a Syrian suspect, Ahmad al Muhammad, who entered in the wave of Syrian refugees–will pose an even greater challenge to immigrants and refugees of color.

“With the Paris attacks, Europe will start seeing what it can do to secure its countries and automatically we see how compassion and sympathy is decreasing,â€ Haddy Sarr, a doctoral candidate who researches African migration at University of Basel in Switzerland, told the International Business Times. “It will make it very difficult for African migrants not only to enter the countries themselves, but we’re talking about integration and assimilation into society, as well.â€

Even for Black Americans, Paris has been known as a haven for people of color, dating back to post-slavery, with prolific figures like Josephine Baker, Nina Simone, Richard Wright, and James Baldwin having been transports, and NBA ballers Dominique Wilkins and Tony Parker having roots in the City of Lights. Stars including Kanye West, BeyoncÃ©, AndrÃ© Leon Talley, Rihanna, and Jay Z have recently embraced making second homes there, where African American fashion and music culture are widely embraced. Recent estimates of blacks in France put the population between 3 million and 5 million. Most are of African or Caribbean descent.

African officials are reportedlyÂ uniting with global entities on security initiatives, and some who have already seen the tragic and horrible effects of terrorism in their countries have increased security measures to protect their citizens.Â Uganda’s army spokesman Lt. Col. Paddy Ankunda said that the “threat of terrorism is real,” and Kenya’s head of police, Joseph Boinnet, called for the public to be alert via his Twitter account. Both Uganda and Kenya have experienced attacks by the Somalia-based militant Islamist group al-Shabab, which is

In the wake of the latest Paris attacks and realising that the same terror threat remains real in our country.

Despite international rallying for justice after the attacks in Paris, compassion efforts and media coverage have come under scrutiny, particularly among Kenyans, who have organized to gain advocacy and recognition of the AprilÂ al-Shabab terrorist attacks there. According to the BBC, nearly 7 million people clicked on the headline “Kenya University Attack Kills 147,” a story about an attack on Garissa University, when news of the Paris attacks became public, and “half of the hits on the story came from North America, with another quarter from the UK.â€