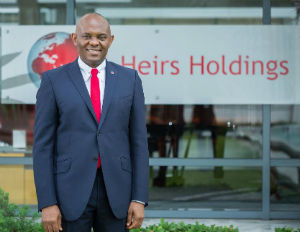 Building A Bridge for Black Business

In some cases, the bridge for African American firms will be constructed by African CEOs. Take Tony Elumelu, chairman of Heirs Holdings, an investment firm with interests in the power, financial services, oil and gas, real estate, and hospitality sectors, and one of the continent’s most powerful businessmen. The Africapitalist–a term he coined–viewed the summit as a defining moment in U.S.—African relations as well as a chance for sub-Saharan Africa to showcase its value on the world stage.

In an exclusive interview with BE, he reveals his vision for an equal partnership among the U.S., sub-Saharan Africa, and the African American community. “We should welcome the fact that the journey has finally begun. I like the nature of the imagined engagement between Africa and America. President Obama‘s visit to Africa last year was the starting point,â€ Elumelu says. “The fact that they have realized the need to engage with Africa at the scale and magnitude that they are going about it now is welcome.â€

Through the Tony Elumelu Foundation, he is launching a $100 million entrepreneurship program to connect with 10,000 entrepreneurs across Africa and the U.S. “We will train and mentor them and create platforms for them to have commercial business engagements,â€ he says.

Elumelu believes such investment is vital to Africa’s advancement, citing the need to do more to support small and medium-sized enterprises, or SMEs. “If we truly want to build our continent and create jobs, we should look to SMEs,â€ he asserts. “We must look at ways to jump-start that sector.â€

His three pillars serve as the guiding principles to drive that growth. First, governments must create an enabling environment to support the expansion of SMEs so they don’t “start in the morning and die in the evening.â€ Secondly, the private sector needs to provide access through commercial banks as well as venture firms and angel investors. Lastly, business leaders must replicate their success stories through investment in youth. He says, “I don’t see miracles happening overnight, but the journey has begun and we can only build on what has started.â€

Be sure to come back tomorrow to read the final part 4 of this feature.