(Part I) Dead Platform Walking: Why Google+ May Be On its Way Out 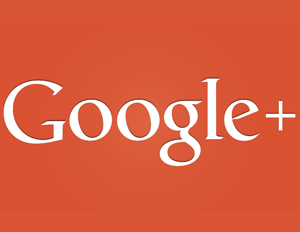 When Vic Gundotra first left Google in April 2014, the company vehemently denied any prospect that the social network Google+–Gundotra’s pet project–would take a back seat. More than a year later, it looks like that’s exactly what is happening.

“We’re going to continue focusing Google+ on helping users connect around the interests they love and retire it as the mechanism by which people share and engage within other Google products,â€ said Bradley Horowitz, vice president of streams, photos, and sharing, who oversaw the new Google Photos product. “Aspects of the product that don’t serve this agenda have been, or will be, retired.â€

It makes sense that Google is divesting resources from Google Plus. According to a study conducted by Stone Temple Consulting; a digital marketing agency, some 90% of people with Google Plus profiles never made a public post. Additionally, of Google’s 2.2 billion users, less than 0.5% or 111 million have active profiles. Of those 111 million, just 6.7 million have at least 50 posts, and only 3.5 million had at least 50 posts in the last 30 days of the study.

An example of Google+ elements that will be retired is the forced integration of G+ into Gmail and YouTube. Now YouTube commentators are no longer required to use Google+ before they sign on.Â Horowitz said himself that this led to product experiences that “users sometimes found confusing.â€Â Google split Google+ from its Google Photos app in June. “It was important to me that when we launched Google Photos, we stressed that the product implements sharing by any means a user prefers … without compromise or agenda. This is the right thing for users and the feedback and usage has been extremely validating,â€ said Horowitz.

Here are some other changes to Google+ that could affect your business and customers: