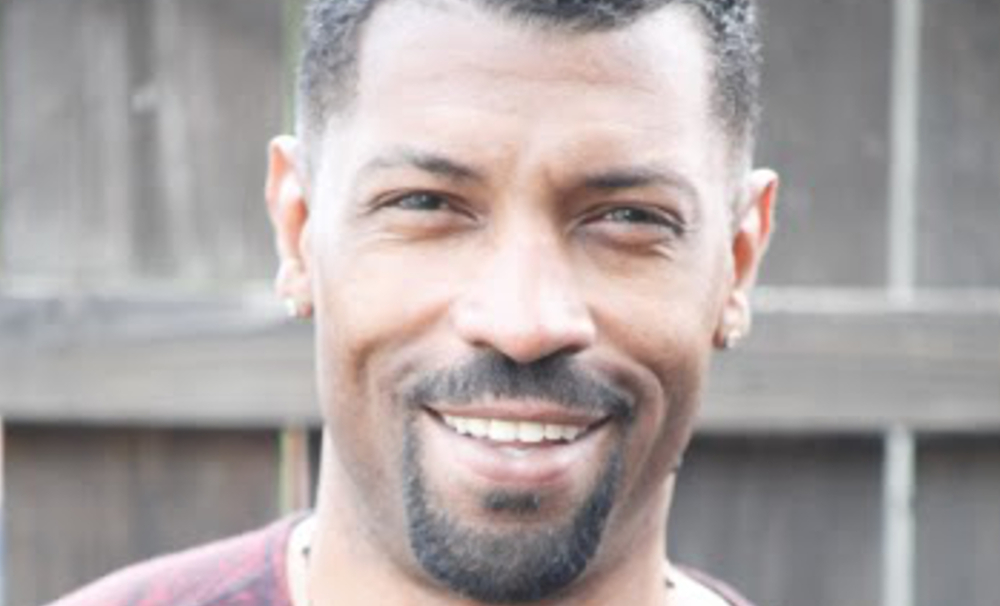 I have put my passion to purpose by: making people laugh and introducing a different style of comedy to the world.

Breakout star Deon Cole is creating hilarity in Hollywood and on television screens across America. Originally from the rough south side streets of Chicago, Cole is one of the most requested headlining comedians in the club and college circuit nationwide and can be seen as a lead character in the new Steve Carell comedy entitled Angie Tribeca, starring Rasheeda Jones, which debuted on January 17.

As a former writer for The Tonight Show with Conan O’Brien and Conan, Cole is amongst Hollywood elite as one of only five African American writers in late night history, and the only ever for Conan. “The more people I reach the more barriers I break, and it goes to show that you can use your platform to bring people together,” Cole tells BE Modern Man. “That is what shines and stands out more than anything because genuine recognizes genuine throughout all cultures.”

The ability to rise above the fray has earned Cole two Emmy nominations for his work, and he currently finds himself hop-scotching throughout the country performing hilarious stand-up to sold out audiences. As he fulfills his purpose zig-zagging from state to state, he is conscious and aware of which comedic lane he performs best in. “Even in life you have to recognize which lane you are in,” Cole tells BE Modern Man. If you are walking in an airport or mall with two escalators going up, most people choose to take the one on the right. A lot of people are right handed and we travel on the right hand side so that’s what we are accustomed to. But that left escalator that is not as crowded is what interests me. It’s about looking at the playing, seeing what’s open and then possibly going down that road it if makes sense.”

In addition to television, stage and writing, Cole will soon leap onto the big screen in the highly-anticipated Barbershop 3. Inspired by life and truly living life in the moment, Cole is conscious and aware  of the challenges he had to face during his ascension. “I’ll never forget the first time I stepped on a stage,” Cole tells BE Modern Man. “One night myself and a friend were at a comedy club and he bet me $50 that I wouldn’t step onto the stage to perform. Being me, I accepted the bet and the crowd responded with a standing ovation.” As Cole began to perform on the road, the ovations kept coming, but soon it all came to a standstill. “I was kicked off of the Def Comedy Jam Tour because I was using the same material in most, if not all of my standup performances. This is when I realized that I had to begin writing. Once I developed this skill things really began to take off for my career.”

As he continues to climb ‘the left escalator’ and put his passion to purpose on the biggest stages around the world, he says “Whatever you love, do it and see what type of response you get from it. Once that passion consumes your life, that is when profit will come. But it has to consume your life on its own, you can’t make room for it. Let it take a life of its own, and you will see that this passion is your purpose.”

A successful comedian, sketch writer and actor, Cole’s charismatic personality and original style make him one of the most popular performers in the comedy scene today. “It’s an honor to be a BE Modern Man, and something that I will uphold and be proud to represent. As I grow both personally and professionally, I must uphold my personal obligation to become an even better man, while inspiring others to achieve, and help to polish them so that they can make it on this platform,”