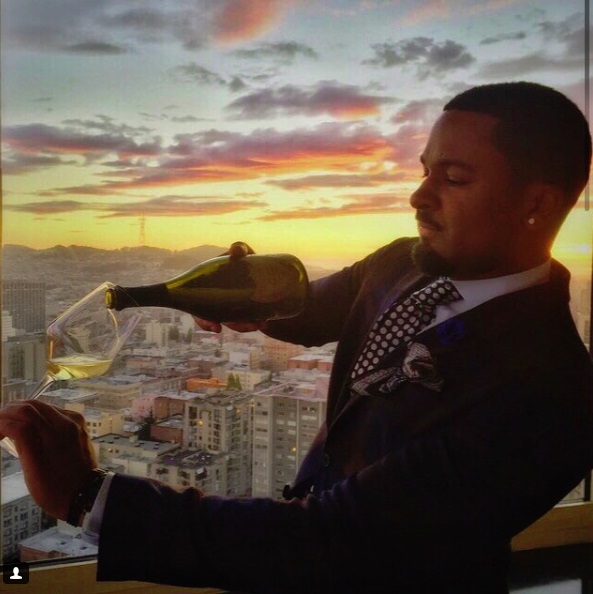 DLynn Proctor is a winemaking ambassador for Penfolds Americas in Napa, California. Since 2011, Proctor has been an ambassador for the Penfolds brand of the Treasury Wines Estates, the Aussie giant winemaker and distributor. He travels around the world to promote, pour, and chat about their wines.

“Australia is just as cool as Europe, its soil has been around a lot longer. Shiraz and a lot of other great varieties love that ancient soil,â€ notes Proctor, who had been a top seller for Penfolds in Dallas, Texas, before moving to Napa Valley.

A sommelier, or wine steward, is much more than a waiter who serves or suggests wines. A sommelier has received specific, intensive training and must display a thorough knowledge of wines, vineyards, geographic regions producing wine, and the grapes–plus other fruits used to produce wines worldwide. They also have expertise in purchasing, recommending, storing, and displaying wines. Sommeliers commonly work in upscale restaurants, hotels, and other retail locations where unique, expensive wines are sold. In the world of fine dining, the role of a wine sommelier is strategically on par with that of the executive chef.

Proctor is putting passion to purpose by attempting an uneasy feat–becoming a master sommelier. “I have taken the master sommelier exam five times, and the only thing I haven’t passed is the blind tasting portion,” he explains.

The Court of Master Sommeliers has been called one of the world’s most prestigious, secretive and exclusive organizations. Founded in 1977, this international trade association promotes excellence and professionalism in hotel and restaurant beverage service. The CMS exam boasts one of the lowest pass rates in the world. In the almost 40 years since the inception of this test, only 230 candidates have reached the level of master sommelier worldwide. Of those, reportedly two of them are of African American descent and just 32 of them are women.

Proctor is featured in the 2014 documentary SOMM, which explores the lives of four sommeliers as they attempt to pass the CMS exam. To become a master sommelier one has to learn everything there is to know about wine–and in five languages. One has to learn everything from how to serve it properly, which wine to serve with what kind of food, the theory behind every wine on the planet and exactly where it comes from and–the hardest part of the test–the blind taste test. In the movie SOMM, people in the sommelier program are described as being highly competitive; usually former jocks or high achievers in other areas. It is a label that is fitting for Proctor, an athlete in high school and college who came to the industry in an unusual fashion given that he never drank a drop of wine before becoming a sommelier.

The native Texan worked in restaurants throughout school. “If you are under age 18 you are not allowed to serve wine. But you can clear tables,” recalls Proctor. “As you pick things up, you listen to conversations about how someone just returned from Bordeaux or vacationed in the south of Italy. I learned that wine seems to be the one thing at the table that brought everybody together. That piqued my interest.”

Then something happened at age 21, he spotted an impeccably dressed man in a suit with a black linen cloth draped over his arm and carrying wine bottles.  He discovered that the man was a sommelier and thought, That’s who I want to be.

He spent the next 10 years mastering the craft. Proctor cut his teeth as a sommelier at Wolfgang Puck Fine Dining. He is a founder of the Dallas Sommelier Group, having served as broker in the region for six years. Prior to joining the Penfolds team, he was a regional manager for Luxury Heirloom Wine Group.

Proctor wants to be a positive beacon of light that represents the food, beverage, hospitality, and restaurant industry. “You have to find your niche, your market, your corner. As for me, I cornered my market.”

What expert tips can Proctor offer the typical wine enthusiast? “Tell the sommelier or even a retail store clerk what you like. Say, ‘I like bold, I like dry, I like fruity, I like slight fizzy, I like red.’ We only need three buzz words and if we are good at what we do we should be able to figure it out for you.”