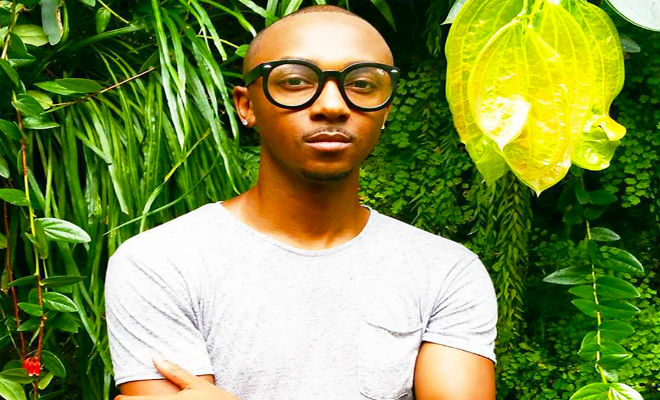 I have put my passion to purpose by: Keeping my head down and working hard until it was my time to shine is how my purpose became my passion.

Black fashion designers, especially males, have always interjected themselves into the fabric of an industry where they are far and few. Patrick Kelly rose up from Mississippi to become the first African American elected into France’s prestigious Chambre Syndicale du Prêt-à-Porter des Couturiers et des Créateurs de Mode. Andre Leon Talley dictated the pulse of Vogue Magazine, while growing up in Jim Crow South, after impressing the likes of Diane Vreeland, Andy Warhol, and pursued top designers to include African American models in their shows. And now there is Jérôme LaMaar: progressive, innovative, determined, and seasoned. The line is 5:31 Jérôme is astrological, numerological, and spiritual. It translates to May 31st, the month and day of LaMaar’s birth.

The young couturier’s focus is primarily on building intelligent, wearable uniforms and separates for modern-day gentlewoman who is aware of their power, sex appeal, and worth. Jérôme LaMaar speaks a language that only certain women understand and elements of his Afro-Portuguese, Cuban, and Ethiopian roots are infused into every blouse, trouser, bag, and small accessory (jewelry).

Born and reared in NYC, more specifically The Bronx, LaMaar’s 5:31 Jérôme line is a mash-up of everything urban and decadent. Equal parts spiritual, street style, and Maximalism, these characteristics would aid in his first position at 15 as an intern with Baby Phat by Kimora Lee Simmons in 2001. Within three years, the budding designer was promoted to a senior level position, helping to oversee the creative direction of the brand. “My time there was amazing. I was designing for a massive brand as a teenager, who traveled the world, had freedom to as do as I pleased. I learned so much about conducting business and setting deadlines and sticking to them. Most of all I learned to remain humble and developed an amazing work ethic.”

Being young, black, and creative is something LaMaar accepted at an early age. “I can remember being a kid and watching The Wiz. I remember asking my mom and grandmother about The Emerald City scene and how did they create that visual stimulation. They said fashion designers made them. That was it!  I was about 7 years old,” he tells BE Modern Man.

After departing Baby Phat, LaMaar’s love of science, astrology, and mathematics led him to enroll and pursue degrees at both Brown University and the Fashion Institute of Technology before leaving to join the working world again. What would happen next took him on a worldwide journey across the globe and back again: commissioned by stylist June Ambrose to design costumes for Mariah Carey’s 2006 “Adventures of Mimi Tour”; apprenticing for famed American couture house Chado Ralph Rucci; consulting with Armani; and, trend forecasting for Tommy Hilfiger, Calvin Klein, Uniqlo, Nike, and a host of other popular brands all while prepping his own line. “I started my line to do things my way. I wanted to bring back glamour, fun, and shine, ” LaMaar tells BE Modern Man. “At the time, it was a Celine-esque point of view…minimalism. My world is all about Maximalism: big hair, big furs, color, embellishment. More is more!“

Over time, LaMaar learned the true meaning of taste and extends beyond the superficial. “True taste is being the most authentic form of yourself. Avoid trends, fads and instant nonsense. True taste transcends time. You develop it as you mature,” he says.

LaMaar’s approach to his work stems from his definition of success and a continuous path to debunk societal views of black men. He says, “I don’t see myself as successful. I have a lot of hard work ahead of me as I want to build an empire to help other amazing talents find their way in the industry. Until I achieve that I will keep working hard to change the perspective of the industry. It’s all about new energy.” Learning from the best of the business, LaMaar understands what it means to ‘pay it forward’ for up-and-coming designers. “I would have to say don’t allow anyone to put you into a box,” LaMaar tells BE Modern Man. “You are not a BLACK designer; you’re simply a designer! You have just as much opportunity as the next person…just don’t let them brainwash you with labels. You are good enough!”

Staying true to brand, LaMaar feels a BE Modern Man is all about creating your own path. “I believe the best way to remain on your own path is to simply focus on it. I try not to think about what everyone else is doing. I know that if I stay authentic to what is real to me I will find others that will relate.”

The BlackEnterprise.com team honors Jérôme LaMaar for his tremendous contributions in an industry where black men are oftentimes invisible. As the industry evolves, we look forward to what is in store for Jérôme LaMaar and his burgeoning design house. Follow the creative on Instagram at @jeromelamaar @531Jerome and visit www.531jerome.com for more information on the brand.