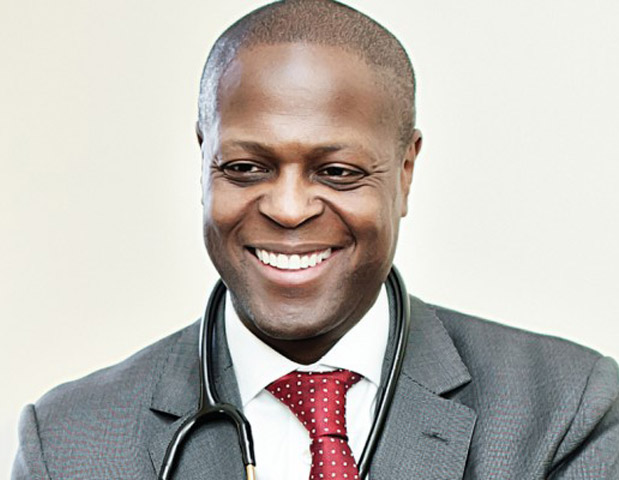 I have put my passion to purpose by: Bringing some of the most critical and innovative aspects of sports medicine to the forefront of public discussion. Whether I’m discussing the Premier League on Sky Sports, CNN or debating the benefits of E-cigarettes on the BBC, I am constantly contributing my expertise and fueling dialogues, developments and new schools of thought. And of course, I am always honest. I always give my honest opinion even if it’s not what people or the media expect to hear.

For Dr. Ralph Rogers medicine is not just a job, it is his vocation. With a list of accomplishments that span international and globally, Dr. Rogers strives to be the best at whatever he does. This drive has put Dr. Rogers at the forefront of professional sports medicine –with experience as Physician for Warwickshire County Cricket Club, Doctor for Walsall Football Club, Medical Advisor for the Trinidad & Tobago World Cup Football Team, and most notably former First Team Doctor at the Chelsea Football Club. Dr. Ralph currently serves as Medical Advisor for the National Basketball Association (NBA) so he is well accustomed to treating the world’s most elite athletes. But Dr. Ralph’s medical background is not purely confined to Sports Medicine. He is an expert in TeleMedicine and Digital Health, practices Family Medicine, and specializes in Health Promotion & Disease Prevention. He has been recruited to sit on National and International Board and Advisory committees for major healthcare companies and brands, and gives regular lectures throughout Europe and the US on sports and health issues.

Today, Dr. Ralph is the Medical Director of the London Sports Injury Clinic on Harley Street, London, one of the world’s most prestigious areas for medical establishments. He treats a range of patients from professional athletes and celebrities, to families from around the world. When he is not in his London clinic, Dr. Ralph can be found visiting his patients in the US, Europe, and Africa. With strong ethical values that continue to drive him today, Dr. Ralph has gained lifelong patients who trust him with all of their medical needs.

His story begins as a young African American born on Prospect Avenue in the Bronx, NY. His love for books and sports led him to the University of Delaware where he completed his Bachelors of Arts while playing on the lacrosse team earning ECC honors four years in a row . “Even as a child I knew that there was greatness in my future – that unshakable belief in my own ability has endured throughout the decades,” Dr. Rogers tells BE Modern Man. Upon graduation he wanted to take his passions further so he traveled abroad to study at the University of Leuven, Belgium where he received his MD whilst simultaneously learning to speak fluent Dutch in order to complete his studies. “My parents have also been a huge influence, particularly my father,” says Dr. Rogers. He adds, “because of my father’s world vision, which he instilled in all of us – a vision of exploration, innovation and thirst for knowledge – I elected to pursue my further education in Europe. I studied in Italy and Holland before eventually going to medical school and graduating at the University of Leuven, Belgium.”

His passion and pursuit of excellence brought him back to the United States to pursue a PhD in Exercise Physiology at the University of Maryland under the supervision of a very dear friend, Professor Paul Vaccaro. “At the same time I was awarded scholarships and also a Fellowship at the National Institute of Health.”