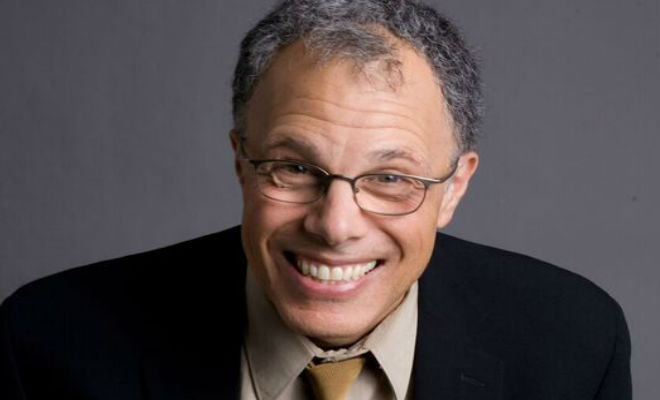 I have put my passion to purpose: By doing something that a lot of people talk or suggest we talk about. My unique position of being both black and white allows mutual acceptability in a non-threatening manner when presenting on race matters.

What does it mean to be ‘black like me?’ For author, actor and playwright Michael Fosberg, his sense of identity was a lifelong quest until, at the age of 34, he discovered his biological father’s black heritage and has since been on a mission to educate those about the art of building cultural bridges and racial fluidity in America. Tracing and digging deeper into his lost roots begat a dynamic autobiographical show and a 2011 memoir Incognito: An American Odyssey of Race and Self-Discovery that looks at race as a modern-day tool to engage in dialogue and heal broken ideologies in hostile racial climates.

This Black History Month has been both monumental and encouraging as we showed our strength in numbers to celebrate ourselves totally, disengage broken cultural machines such as the Academy Awards and produce #JusticeForFlint fundraiser to uplift a neglected community and raise awareness for a broken system. This celebration speaks more clearly to Fosberg as it never has before. “I want to say it always resonated with me when I thought I was white, but after discovering my African Americans roots, the connection deepened. After I found out, I was on a quest to unearth everything and discovered my lineage dating back to the 1800s. Right now I am sitting at my desk looking at the original induction papers for my great, great grandfather Carlton Woods into the 54th Regime of a colored unit in the Civil War and also happen to own the The Negro League contract, dated July 1924, for my great grandfather who was a pitcher for the St. Louis Stars. So this deep, rich appreciation that I have resonates quite profoundly especially when I look at the role my family has played in this country,” he explains to BE Modern Man.

But his journey has been one of roadblocks, turns and dead ends. A lack of self-awareness and worth sent Fosberg on a spiraling path of destruction and misery. “A lot of my journey is detailed in the play and book. Upon discovering my background I was surprised but not like “Oh my God!”  All my life I felt this deep connection but I did not know how to explain it and it was joy on so many levels; finding out about my father and knowing fully who I was. I was going through life lost: addicted to drugs, alcohol, and headed down a very dark path. Thankfully, I had cleaned up my life when I made the discovery and it aided in providing a solid foundation.”

Even though Fosberg grew up without his biological father he does not blame those mishaps on this void.  “People ask “what if you had grown up with your father?” I am not very religious but considered myself very spiritual person and believe things happen for a reason. My life happened the way it did so I can be a messenger for other biracial individuals to build a bridge across races, ethnicities, and I feel very blessed and very honored,” he states. “In my play, this resonates loudly because tons of young men grow up without fathers, whether it’s black community, white community, or the adoption community. I grew up with my biological mother and my stepfather, who is a wonderful guy, but we didn’t have a father-son connection. I still question this type of relationship understanding that there is not one definition just like there isn’t one black or white experience. Still I lament the loss of not really knowing how my life would have turned out with my biological father.”

Since 2001, Fosberg has facilitated and engaged audiences, from educational institutions and corporations, on what it means to deal with race in neutral places. The autobiographical play, Incognito, is diversity training at its best. “I started to write a book about this story of my search for my biological father and my half-sister, who is a visual artist, invited me to come and collaborate with her by sharing a few of my stories. After sharing 4-5 stories people would approach me afterwards in tears and state “you should be doing this, performing this.” I was not interested in doing a one-man show but after that night I got pulled into it. The show went extremely well and the The New York Times called, People magazine called; the media coverage was tremendous but then it got quiet. I had imagined the project touring the country, even Broadway dreams,” he told BE Modern Man.

But what happened next would change the trajectory of how this mustard seed of a project became a destiny fulfilled. “Previously, I did a show for a group of high school students and afterwards they wanted to ask all of these questions about race and identity, these boxes we have to check, how do you see yourself now and how do we define who we are. At first I was reluctant and decided that I can have this same dialogue and discuss macro inequities and macro aggressions. What started off as a handful of shows morphed into a college tour, an agency backing, and eventually corporate diversity training. Being able to engage white people about race and identity, in a room of mixed company, has proven effective and opens the door for more bridges to connect community.”

And performing the show in Ferguson on the last night of Black History Month? “It’s been almost two years and I know the city is still going through hell. Anyone who has followed the news is aware of Mike Brown, The Justice Department’s decision to sue the city and the emergence of the #BlackLivesMatter Movement. By sharing my story, which is known as intergroup contact theory, we can diffuse the prejudices that exist between us because the commonalities we all share as human beings. I don’t know what to expect but I do know that the play is not just to engage in conversation about race but hopefully inspire the students to express their true feelings,” he reveals.

By becoming one with himself, after soul searching for many years, and eventually marrying, may have been what Fosberg needed to come full circle and discover the man he was created to become. “Being a BE Modern Man means having the ability to create a business that is not only profitable but changes the way people feel. I look at older black entrepreneurs who set the agenda and pushed forward to create something out of nothing.  As an artist of color having had the opportunity to do this for the last 12 years and earn a decent living makes such a difference in people’s lives. I receive emails me all the time of people sharing their stories and I feel that is my greatest achievement thus far,” Fosberg tells BE Modern Man.

A consummate visionary and creative, Fosberg’s vision of building, educating, healing and building race bridges one community at a time an effective tool for broaching the topic of race. The BlackEnterprise.com team salutes Michael Fosberg for his outstanding accomplishments and genuine interest in developing the next generation of BE Modern Man hopefuls.