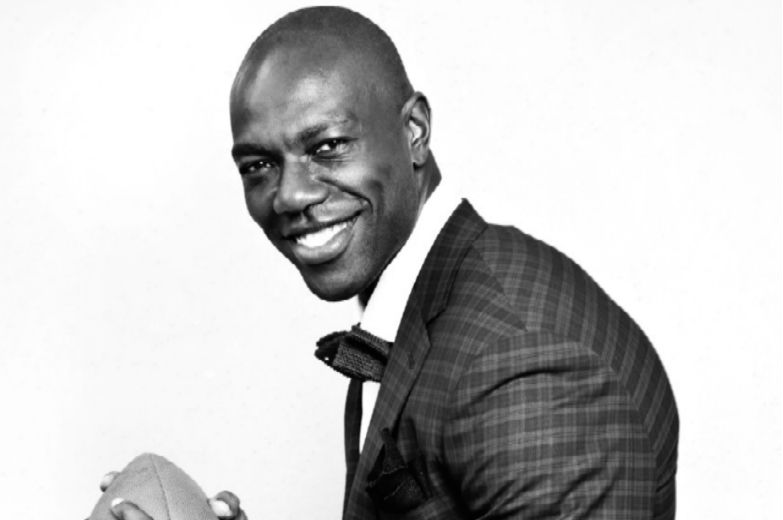 I have put my passion to purpose by: With sports, I have changed/contributed to my industry by being somewhat of a trendsetter. I am very confident. My passion has often been misconstrued as arrogance and cockiness, but that is what makes the great players and athletes who they are. It is what is inside of them, which is that burning desire to be the best. My contributions to the fashion industry will possess some of the same traits as my athletic prowess, which include desire, dedication and discipline.

Like most young men, we often look to role models outside of our living environment. Some aspire to become a great humanitarian like the late Dr. Martin Luther King, Jr., Bayard Rustin or Malcolm X; a few gravitate to great storytellers like Paul Robeson, Harry Belafonte or James Baldwin; and a majority idolize sports greats like Jackie Robinson, O.J. Simpson or Kareem Abdul-Jabar. Terrell Eldorado Owens was no exception. Excelling in several sports, including track, basketball, baseball and, of course, football, Owens would go on to become one the most explosive and decorated wide receivers in the history of the NFL.

Born in Alexander City, Alabama, the man affectionately known as T.O. would achieve iconic success and shatter records as a 6-Time Pro Bowler with the San Francisco 49ers, Philadelphia Eagles, Dallas Cowboys and Buffalo Bills, racking up 1078 receptions, 15,935 yards and 153 touchdowns over the span of a decorated 15-year career.

Equipped with charisma, uniqueness and nerve, Owens’ on-field persona would mirror his idol, the great Jerry Rice, whom provided a source of strength and inspiration that fueled him to reach bigger and greater heights.

“I think my inspiration is, and always has been, what I have heard a lot of athletes describe: the fear of failure and wanting to be the best or perfect your craft, whatever that may be,” Owens tells BE Modern Man. “My persona and brand that I was able to build for myself while playing professional football is what makes me stand apart from the crowd. I did it my best, and my way, at the highest level and on the biggest stage that a football player could ever play on. This was on display at the Super Bowl 39 when I played with two screws and a plate in my ankle, along with a broken fibula when doctors said that I would never be able to pull off such a feat.”

Though he achieved tremendous success on the field, it was his off-season accomplishments that resonate the most. From penning the children’s book, Little T Learns To Share as well as a fitness book, T.O.’s Finding Fitness, to champion for Alzheimer’s Awareness (his grandmother Alice would lose her battle to the disease) to signing with Next Modeling Agency, Owens reveals a well-balanced work-life lifestyle.

“Personally, I think my greatest achievement is growing and becoming the father to my kids that I didn’t have growing up. It is not my dad’s fault, but it is the circumstances that I had to deal with. With my kids, I have made a concerted effort to be different and make a change. Professionally, I think my greatest achievement is making it to the professional level, considering I never thought I would play beyond the collegiate level. The desire, dedication and discipline inside of me to be the best enabled me to accomplish all of that,” he tells BE Modern Man.

As someone who has faced public scrutiny on the field as well as the small screen, Owens knows how the media can grasp onto one aspect of your life and create a firestorm of controversy. Black men are often ridiculed and destroyed by mainstream media, but Owens believes his journey serves as a testimony, especially for young men of color.

“I think that depends on the age group I am speaking to. As part of my message to kids, or anybody that has the aspiration of becoming or doing something that they have always wanted to do, I use the 3 Ds: desire, dedication and discipline. Little kids may not understand the word desire, so I use the word dreams when I speak to them. I use dreams to put it in context for them, so it’s still a part of my context. For older adults, I replace the word dreams with desire to go along with dedication and discipline. Those are the 3 Ds that I think people should be able to relate to when they look back on my career. People may use these to move in the right direction of whatever it is they are trying to achieve. I use those 3 Ds in all aspects of my life.”

And those 3 Ds have been beneficial in the way he mentors and spreads his message to young boys who use sports as a vehicle to overcome obstacles.

“I think that I am true to myself and have visions, desires and dreams while knowing that there are societal limitations; that should never limit you from being the best that you want to be,” he tells BE Modern Man.

“As a man of color, I have had and embraced the responsibility of being a role model. There are different walks of life that have followed my career and the brand that I have built for myself. I try to hold myself in a high regard.”Additionally, “To be thought of as a leader is a great accomplishment in and of itself. For me, being a leader meant not always following but leading by example, if not vocally. I saw myself as a football player coming into my own, as a role model, and I embraced that responsibility. I see my own impact within my community from my ability to be strong and overcome personal and professional hurdles or obstacles while still being able to succeed in the process. I have shown people that it is okay to be outspoken and believe in yourself and what you stand for,” he tells BE Modern Man.

Being recognized as a BE Modern Man is an honor that Owens does not take for granted. To be a part of a fraternity of like-minded men, whose responsibility is to protect, serve, educate and nurture the next generation of doers, thinkers and innovators, is proof that his journey is valid.

“I think being able to be recognized in an article like this speaks volumes. Being considered a BE Modern Man says a lot in and of itself, and I am very thankful, proud and honored,” Owens reveals.

The BlackEnterprise.com Team congrats Terrell Owens for being an overachiever, on and beyond the field. Watch out for his newest endeavor, Prototype81, which is a sports luxury lifestyle brand designed for, by, and with the modern athlete in mind, to drop on August 15. Check out www.Prototype81.com for more details!