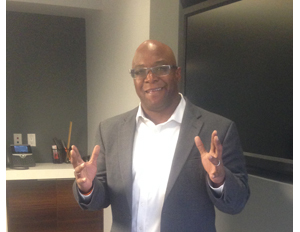 They are known as patent trolls; individuals or shady businesses that will often purchase the patents of a struggling or failed tech company. The troll then sues large companies, such as Google or Facebook, claiming patent infringement. One of the worst patent trolls ever, Eric Spangenberg, made millions by turning “idle patents into cash cows.â€

Attorney Jonathan Waldrop battles such trolls all of the time. “People make tech and try to be successful, and they are not for a variety of reasons,â€ says Waldrop, when explaining the mindset of the patent troll.

“They may see people–right or wrong–who are using their tech, and they want to seek, to monetize, or recoup. Sometimes, companies were successful, and then failed, were sold, or acquired. With the first tech boom, a lot of companies acquired IP over time. But, when the tech bubble burst, there was a downturn. You saw a lot of these companies acquire the IP that was very valuable, and then bring about lawsuits,â€ Waldrop says. “You can literally go and buy patents from a company selling their assets.â€

Waldrop is an attorney that specializes in affirmative litigation and recovery of intellectual property litigation. In short, he represents tech companies in disputes over trade secrets, patents, and other intellectual property (IP). Raised in Birmingham, AL, Waldrop has been at the firm Kasowitz, Benson, Torres & Friedman LLP for over five years.

The Trek From the Peach State to Silicon Valley

Waldorp honed his tech attorney chops while working in Atlanta for 11 years representing tech companies, after graduating from the University of Virginia School of Law in 2000.

Of course, the prime patent troll hunting ground is Silicon Valley. Waldrop headed thereÂ  two-and-a-half years ago with his family, after realizing that “California was the center of the universe for what I wanted to do.â€ Today, Waldrop is a partner at Kasowitz, Benson, Torres & Friedman LLP, located in Silicon Valley.

A seasoned trial lawyer, Waldrop has been involved in a number of high-profile technology court cases, including a lawsuit Cox Communications filed against Time Warner over video-on-demand services.

Editor’s Note: This excerpt is from an article in the next issue of Black Enterprise magazine, which has been modified for digital.

5 Ways Your Hobbies Can Help Your Career