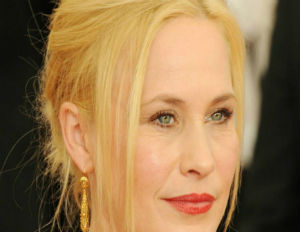 One of the most talked about moments fromÂ Sunday night’s Oscars was Patricia Arquette’s acceptance speech for Best Supporting Actress in the movie Boyhood. The actress said, “To every woman who gave birth to every tax payer and citizen of this nation, we have fought for everybody else’s equal rights. It’s our time to have wage equality once and for all, and equal rights for women in the United States of America.” Her words triggered a resounding applause, and extra cheers from actresses Meryl Streep and Jennifer Lopez.

After her win, Arquette continued her sentiments backstage. “So the truth is, even though we sort of feel like we have equal rights in America, right under the surface, there are huge issues that are applied that really do affect women,” she said. “And it’s time for all the women in America and all the men that love women, and all the gay people, and all the people of color that we’ve all fought for to fight for us now.”

The second half of Arquette’s commentary left a bitter aftertaste in the mouths of many. In her sermon demanding equal pay, the actress failed to mention that while women as a wholeÂ do make significantly less thanÂ men (approximately 66% of male earnings), LGBT peopleÂ and peopleÂ of color, two groups she specifically called to join the fight for women’s wage equality, are still fighting for the justices awarded to her and her white women peers. She also neglected the fact that intersectionalism makes certain groups, for example lesbian African-American women, more vulnerable to social inequality.

In the U.S, white women are victims of the pay gap, making only 78% of their white male counterpart’s earnings. Black women, however, earn even less at 64% of white men’s pay while Hispanic women bring home 53%, the least across all ethnic identities.

When comparing wages among women of varying race and ethnic backgrounds, white women with advanced degrees earned more per week ($1,193) than both black ($1,116) and Hispanic ($1,045)Â women, as reported by the American Association of University Women.

Patti Lahelle took to Twitter to write, “The simple fact that she called on gay ppl and ppl of color to support ‘all women’ tells me her model idea of womanhood is cis and white lol.”

@mattalexscott chimed in to say, “Patricia Arquette was on the right track until she ignored the existence of women who are gay and/or a poc.” He sarcastically added, “Lesbians and women of colour really need to start pulling their weight in the fight for the rights of straight white women apparently.”

@PrestonMitchum tweeted “While #PatriciaArquette is worried about = pay for = work, which is great, many WoC and LBT women are worried IF they will find a job.”

Those offended by Arquette’s comments perceived them to imply that the battle of LGBT and people of color has been won when social occurrences every single day, like the ban of same-sex marriage andÂ unjust drug laws, prove otherwise. They also completely ignore that within the general minority group of women are sub-minority groups, like women of color and LGBT women, who are fighting for equal wages along with a multitude of other social and economicÂ battlesÂ by whichÂ she is unaffected and cannot relate.

What were your thought’s on Patricia Arquette’s comments? Let us know below.