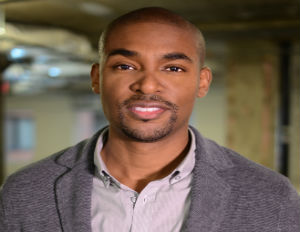 As the founder and president of the award-winning matchmaking firm, The Paul C. Brunson Agency, Brunson has created a widely recognized brand that even Oprah has put her stamp of approval on.

Appearing as a co-host on Winfrey’s network show, Lovetown, USA, Brunson will now be taking his talents to the big screen thanks to film producer DeVon Franklin and Columbia Pictures.

Making the announcement shortly after his interview with Franklin aired on Sunday for Our World with Black Enterprise, Brunson says that the film will document his life as a matchmaker and author of his Amazon bestseller book It’s Complicated (But it Doesn’t Have to Be): A Modern-Day Guide to Finding and Keeping Love.

The director of the film will be the award-winning Kevin Sullivan, who’s best known for his classic film How Stella Got Her Groove Back.

“I can’t explain how proud I am for this project to be led by such a distinguished team of producers,” Brunson expressed on Instagram. “There is no better group to tell my story than DeVon, Kevin and Columbia . To see it up on the big screen will be something I truly never envisioned. More proof that God can dream a bigger dream for you than you could ever dream for yourself.”

Brunson is a native New Yorker, who now lives in Washington, D.C. with his business partner and wife of 13 years and their two sons. He’s appeared as an expert on love and relationships on Good Morning America, The Today Show, the Washington Post and Essence just to name a few.

There’s no word on when production will begin for Brunson’s film, but it’s clear that he has an all-star group of people working alongside him to bring his story to life.