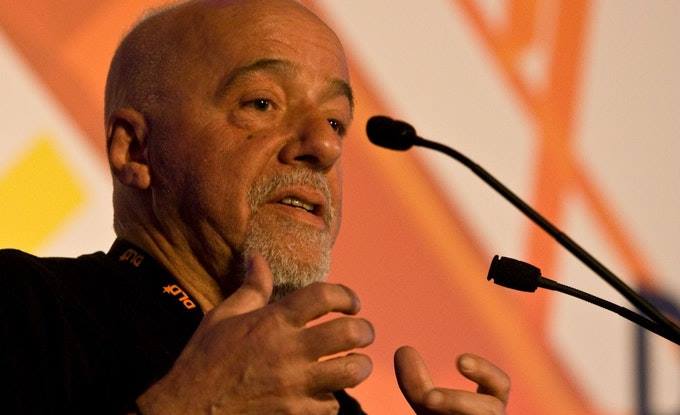 Los Angeles Lakers Kobe Bryant and Brazilian writer Paulo Coelho were collaborating on a children’s book, but due to Bryant dying in a helicopter crash, Coelho says he decided to delete the draft, according to The Associated Press.

The 72-year-old novelist who wrote The Alchemist told The Associated Press that the two of them have been discussing the project since 2016 after Bryant retired from playing basketball. They began writing the project a few months ago.

“I deleted the draft because it didn’t make any sense to publish without him,” Coelho said via phone from his home in Geneva. “It wouldn’t add anything relevant to him or his family.”

He went on to say, “That doesn’t stop me from writing someday about things I learned from Kobe and how much of a larger-than-life person he was. But the children’s book did not make sense anymore.”

You were more than a great player, dear Kobe Bryant. I learned a lot by interacting with you. Will delete the draft right now, this book has lost its reason pic.twitter.com/pZWyT8xObw

Coelho said that the original idea behind the collaboration of the children’s book with Bryant was to inspire underprivileged children to overcome adversity through sports. “Kobe was always very concerned about making a book that was a positive example for children, especially those coming from humble beginnings,” Coelho said.

“I saw him enough times to assure he had much more than sports on his mind, it wasn’t all about competition,” Coelho continues. “His tragic death has shown already how he was important to the world, not only to the United States. We will discuss his legacy for many years, much beyond sport.”

Bryant has also written several books of his own including The Wizenard Series: Training Camp, The Mamba Mentality and Legacy and the Queen. In addition, he also won an Academy Award for his short film Dear Basketball. Coelho wrote The Alchemist, which was first published in Portuguese in 1988, and it has sold over 65 million copies. Coelho’s latest book, Hippie, debuted in 2018.