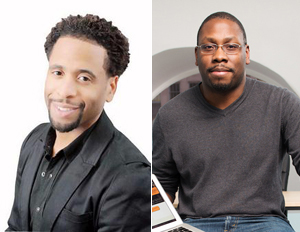 “In addition to capturing historic trends, it also makes projections and gives artists and labels ideas about how to maximize monetization opportunities,â€ says Gosier. “The audio cookie allows artists and record labels to receive ad revenue associated with their music. It serves the purpose of monetizing things that were previously not monetizable. Our technology works for independent artists as much as it does for signed artists.â€

While the technology is up and running, the company is in a pilot stage until after they raise a seed round of $1.2 million, where they can grow the company and support multiple clients.

Gosier, a former recording engineer who worked with Outcast, the Neptunes and Tyler Perry, left the music industry around the time that Napster hit the scene. He’s currently known as a successful technology impresario who has built a number of successful ventures, including Metalayer, a big data solutions platform that was acquired in October 2013. The sale of Metalayer to D8A allowed Gosier to open Third Cohort, a fund he started with eight other Philly-based investors to dole out $10,000 to $25,000 to very early stage tech startups. Shelton and Gosier connected through a common desire to boost the startup innovation scene in Philadelphia.

“Our partnership made a lot of sense because of my background working with music acts like The Jonas Brothers at Warner Bros. Records and Universal Records,â€ says Shelton, a serial entrepreneur who launched a media strategy startup and built a prosperous software platform for fan incentive sites that leveraged gamification and rewards to promote content and drive grassroots marketing. “We are going to labels, artists, and brands and looking at ways to bring them all together so we can deliver revenue to the folks who deserve it.â€