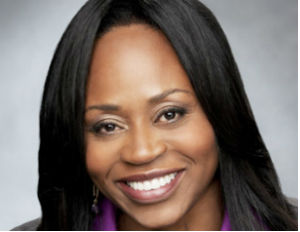 According to Variety.com, this news comes as a surprise to most. Perhaps the most surprised of all is Bajaria, who was just appointed to the position last year and had two years remaining on her contract.

“I want to thank Bela personally for building a strong team and working so effectively to establish Universal Television as a competitive company that produces high quality scripted series for broadcast networks as well as cable and streaming services,â€ said NBC Entertainment chairman Bob Greenblatt. “We all wish her the very best as she takes on the next phase of her career.â€

It’s been stated that Bajaria had an upstanding reputation in Hollywood and was well liked–Â so why the sudden departure? That has yet to be determined. What has been determined, however, is that Bajaria’s tragedy now allows for Igbokwe’s triumph.

Variety.com gathers that the move of Igbokwe into the top role at the studio is an acknowledgment of the growing importance of networks owning their own programming. Universal is currently lacking in shows that are likely to generate significant profit for the studio in international licensing and syndication.

“Pearlena has forged an impressive track record over her successful career that has earned her the admiration of the creative community,” NBC Entertainment presidentÂ Jennifer Salke said in a release. “She will bring a unique perspective to development that will help us reach our goal of once again making NBC the home of some of the best and most respected dramas on television.”

NBC’s most recent biggest hits, including Blindspot and The Blacklist, come from Warner Bros TV and Sony Pictures TV. NBC’s plan moving forward is to rely on their own studio divisions, with the network going after digital stacking and other rights when working out deals with outside studios.

Igbokwe is set to lead these efforts.