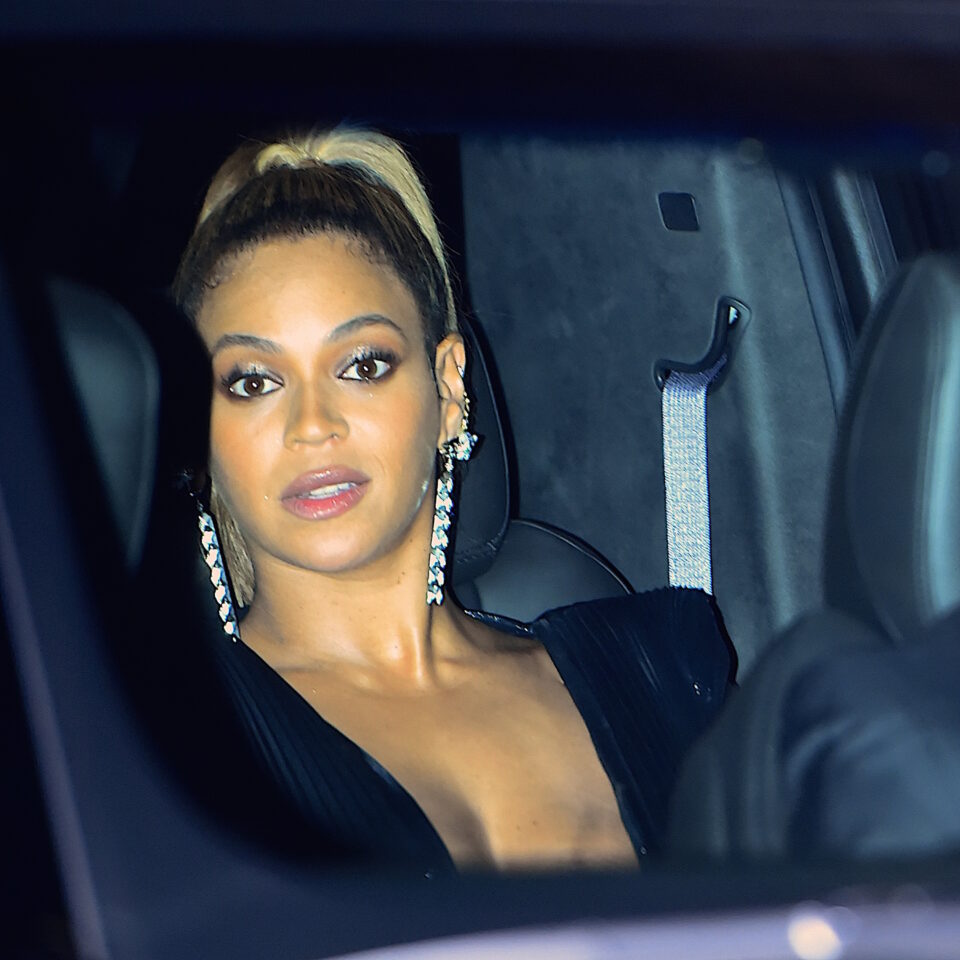 NEW YORK, NY - JANUARY 27: Beyonce and Jay-Z beside her, seen in a SUV leaving The World Trade Center after event in Manhattan on January 27, 2018 in New York City. (Photo by Robert Kamau/GC Images)

Beyoncé appeared in her husband’s hometown of New York to throw a celebration for her latest album Renaissance, but due to bad behavior, some guests reportedly had to be escorted out, according to Page Six.

A source who was at the event told Page Six, “A few people got kicked out for being drunk and foolish. They didn’t know how to act.”

Other attendees were ejected from the event because they were filming inside the party after being told that doing so was prohibited.

The source stated, “Security put tape over the camera lens of people’s phone when they checked in.”

The couple arrived at the event at approximately 10:30 p.m. as the source stated, “Beyoncé was very nice to everyone, having [conversations] and thanked everyone for attending.”

Beyoncé’s mother posted a tribute on her Instagram account to her daughter on the successful completion of her number one album.

“I’ve watched for over two years all of the constant hard work, the sacrifice sometimes of time with her family, the all-night sessions, working while sick, weekends and then nurturing three kids, time away from a very supportive husband, the Blood sweat and tears, I say that to say Beyonce works harder than any human being I know and deserves and earns everything she gets!”